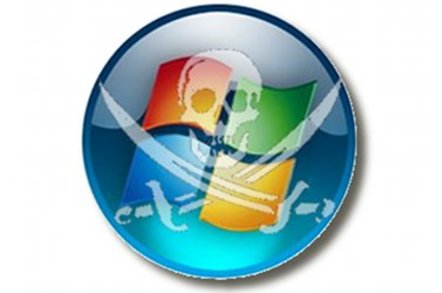 Microsoft has its sights trained on another bunch of Chinese software pirates, this time pitting its formidable resources against nine resellers it said installed illegal copies of Windows onto PCs they sold.

Redmond said it started proceedings against the resellers in seven cities across the People’s Republic including Shenzhen, Guangzhou, Chongqing and Chengdu.

The nine firms in the dock are accused of pre-installing pirated copies of Windows onto Lenovo, Dell, HP and other machines before flogging them to punters.

“We believe that these lawsuits will serve as a wakeup call to other branded PC resellers who fail to respect intellectual property rights."

This won’t be the first time Microsoft's legal team has sought to make an example out of those it believes are illegally profiting from its IP.

The firm celebrated the start of 2009 by seeing the 11 ringleaders of a large piracy syndicate banged up for up to six-and-a-half years after a Shenzhen court found them guilty of selling $2bn (£1.3bn) worth of counterfeit software.

A year later it won another key case in China, when a Shanghai court awarded it 2.17m yuan (£219,500) after finding Dazhong Insurance had been using hundreds of copies of pirated Microsoft software.

Redmond will be hoping for another victory in this case, if for no other reason than to act as a timely warning ahead of the imminent arrival of Windows 8 this October.

The signs are good, given that the Chinese government appears to have finally woken up to the massive piracy problem in the country.

It’s taking a lead on this, with all government departments forced to use copyrighted software by the end of the year.

In fact, Microsoft published the following positive statement from Wu Gaohan, standing director of the Society of Consumer Protection and Law:

Since the launch of the State Council’s anti-piracy campaign, we have observed the government’s strengthened efforts to protect IPR. We are pleased to see Microsoft has proactively cooperated with the government in resolving the problem of PC Channel piracy. This is an important step in protecting Chinese consumers and bringing solid improvements to China’s IPR environment. It is paramount in making a safe digital community.

However, the Chinese authorities still seem to be underestimating the extent of piracy in the country a little.

Recent government-backed figures said software piracy rates had dropped from 45 per cent in 2009 to just 38 per cent in 2011 – far lower than the 77 per cent estimated by the Business Software Alliance (BSA), which said China was the world’s worst offender. ®