Atos IT workers threaten strike during Olympics over 'living wage'

Union: Games sponsor 'makes millions on the backs of its low-paid staff' 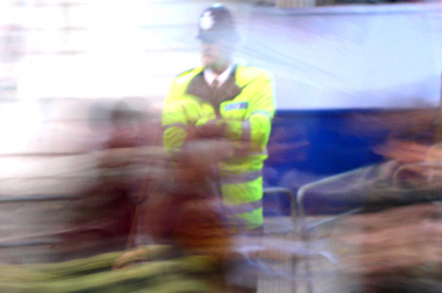 Atos IT workers are threatening to strike over pay in industrial action that could hit the London Olympics.

The Public and Commercial Services union said it was balloting members on strike action this week after they voted not to accept "below-inflation pay offers".

Over 1,500 members across Atos Healthcare and Atos IT Services will get to vote for or against going on strike, which they could decide to do during the Olympic Games.

"In sponsoring the Olympics, Atos would like the world to associate it with a spirit of effort and success, but the reality is that it makes its millions on the backs of its low-paid staff," PCS general secretary Mark Serwotka said in a canned statement.

The union claims that Atos is refusing to give employees what's known as a "living wage" – the minimum necessary for basic needs – which it says is £8.30 an hour in London and £7.20 an hour in the rest of the UK.

Atos said that it has made a "fair and competitive offer".

If the members vote to go on strike, health centres could lose administrative and reception staff from Atos Healthcare. Atos IT Services workers have a number of contracts, including tech support for BBC production staff and on-air presenters and IT support for the Welsh Assembly.

An Atos spokesperson told The Register that services wouldn't be affected during the Olympics if workers went on strike.

"We have robust contingency plans in place to avoid any disruption to services in the event of a strike," Atos said. ®