Systemax CEO: We want to be Number One in five years 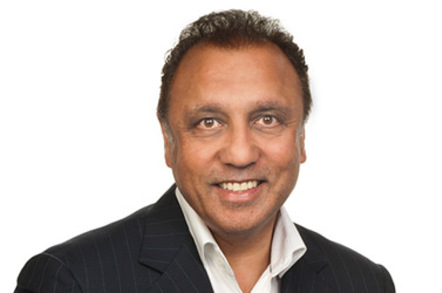 Systemax EMEA CEO Pim Dale is plotting an expansion strategy to become the largest reseller in the region within five years.

Industry vet Dale, former EMEA veep and GM at one-time direct selling purist Dell crossed into the channel for the first time in January when he pitched up at Systemax.

He reckons its the "age of the channel again", not just because vendors cut costs in times of recession and rely on partners but because customers are demanding integration of point products and services from multiple vendors. (Ever was thus surely?)

"There is a big opportunity, customers are moving toward channel, but the channel is fragmented and there is a requirement for pan-European supply from customers," he said.

"We are sitting at number four behind Computacenter, SCC and Bechtle and have the opportunity to get to the top spot over the next five years. The industry winds are in our favour," he claimed.

At a top level, Systemax plans to pick off acquisition targets, transform the sales team to people that can talk and deliver solutions and services, revamp internal ERP systems, move to a new web architecture, and expand geographically.

An unenviable job of work.

The firm is currently seeking a pan-Euro veep for services as well as specific country heads, "Our plans are that services will be at least 20 per cent of our business within three years".

Currently they are low single digits and building a services operation is fraught with pitfalls, not least the way the sales people interact with customers and get paid.

"Customers want everything from supply and sourcing to deploying, integrating and help desks, we'll be building a whole plethora of services."

In calendar 2011, Systemax turned over $3.68bn of which around $1bn was in EMEA but unlike the North American heartland, business on this side of the Atlantic is 95 per cent B2B.

"Today we are predominantly public sector and SMB [in EMEA] so have got massive headroom for growth in the corporate space," he claimed.

"Most companies start with corporate and diversify into SMB but we are the other way around, we have over 2 million active customers in SMB, over 8 million on our database," said Dale.

The Misco and Inmac WStore brands are used in Europe with Tiger Direct and Circuit City prevalent in the US. The plan is to unify all ops globally under the Systemax banner over the next three years.

Dale said it has already eyed up acquisition targets and hinted it may be close to one.

It is an "excellent time to buy" given the number of distressed firms operating in the channel, Systemax is debt free and finances are well oiled, claimed Dale.

"This area is not where the margin is today or where [firms will operate] if they want to remain relevant to customers in the future".

"Systemax plans to move into value add but that requires investment in different skill sets. It is difficult to manage a volume and value business model effectively," he told The Channel.

He agreed there are some corporate customers looking for suppliers in multiple countries but this is generally filled by vendors' direct sales teams.

Computacenter boss Mike Norris pointed out that it is easy to talk aspirations but another thing turning them into reality.

"I've got aspiration to have sex with Angelina Jolie, the difference between me and him [Dale] is that I've got a chance," he quipped. ®