Simply nobody is rushing to beat the Microsoft licencing price hike

Redmond sets up barrel, customers refuse to bend over 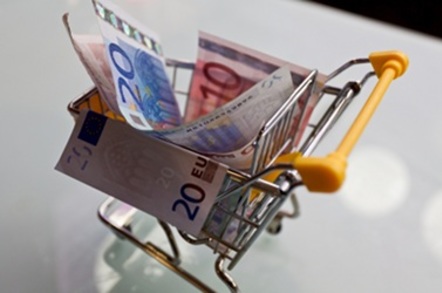 The expected hordes of customers gathering to renew Microsoft volume licensing agreements before the planned price hike next month failed to show up, say a bunch of reseller sources.

With the UK price list set to rise between 1.7 per cent to 25.9 per cent from 1 July, the software maker and partners reckoned on a mad rush from customers seeking to commit early to a renew agreements and avoid the increased costs.

Microsoft first gave resellers notice in February that it would align EU prices to the euro. In May it previewed the potential impact, which initially ranged from 7.5 per cent to 33.4 per cent before the currency weakened against sterling.

Company insiders told The Channel that despite the obvious financial impetus, some customers decided to stick with existing agreements amid complaints they felt bullied by Microsoft.

"Some have said they will not be held over a barrel by Microsoft," said one of the channel sources.

Microsoft is nearing its fiscal 2012 year-end and some users viewed its price rise as a ploy to bolster revenues.

It seems the instability of the single currency has also led other customers to adopt a wait-and-see attitude, even though Microsoft will lock licensing pricing for a period of a year before reassessing, sources claimed.

"Microsoft sales are up but it has not closed anywhere near as much businesses as it thought it would be," said another Microsoft partner.

Only last week Microsoft told resellers it was relaxing certain deal registration rules until the end of the month to drive through as many sales as possible.

Under Microsoft deal reg, resellers must allow 30 days to lapse between a deal being logged and closed.

"Microsoft sent out a note saying they will waiver it," said one LAR.

The vendor did not respond to specific questions or agree to an interview but issued a statement.

“Since February 2012, when we first announced our intention to establish price consistency across Europe for volume licensing programs, we have been working closely with partners to help them in transitioning smoothly through the changes before the July 1st deadline.  As always, partners will continue to determine final price and currency to end customers.” ®