Half the cost of the competition 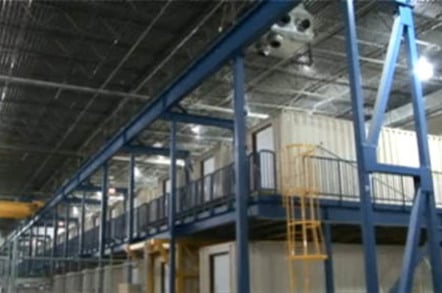 Google I/O Microsoft just downshifted its Azure platform cloud so it could support raw virtual machines and any old applications companies want to cram into them, and now Google has followed suit with Compute Engine.

Announced today at the Google I/O extravaganza in San Francisco by Urs Hölzle, senior vice president of infrastructure at the Chocolate Factory, Compute Engine gives Google customers what they have been asking for: Virtual machines that run on Google's vast infrastructure. And it gives Google something it wants: yet another product that can generate revenue and profits from its many large data centers scattered around the globe.

To illustrate the power of Compute Engine, Hölzle talked about the Cancer Regulome Explorer application created by the Institute for Systems Biology, which used to run its genome-matching algorithms, used in cancer research, on an internal cluster with 1,000 cores. On this machine, the Genome Explorer app took 10 minutes to find a match on a particular segment of the chromosomes between two samples.

After a few days, the Cancer Regulome Explorer application was ported to a mix of App Engine and Compute Engine, with 2,000 cores dedicated to the job, and just by doubling the capacity, it was able to make connections about every two seconds or so.

"Anyone with large-scale computing needs can now access the same infrastructure with Compute Engine virtual machines," said Hölzle. "And this infrastructure comes with a scale, and a performance, and a value that is un paralleled in the industry since you can benefit from the efficiency of Google's data centers and our experience using them."

While Hölzle was talking, the live demo genome app was quietly scaling out, and eventually was running on over 770,000 cores in one of Google's data centers, and the links were popping up faster than you could see.

"That is cool, and that is how infrastructure as a service is supposed to work," Hölzle boasted.

Without naming any names, Hölzle also bragged that Google could provide raw virtual machines and the raw compute, storage, and networking capacity underneath them at a much better price than its rivals – up to 50 per cent more compute than other infrastructure cloud providers.

"So you don't have to choose between getting the best performance and getting the best price," explained Hölzle. "We worked very hard for the past decade to lower the cost of computing, and we are passing these savings on to you."

Compute Engine is in limited preview right now, and you can sign up for it here. Google is suggesting that the initial uses of the infrastructure cloud are for batch jobs like video transcoding or rendering, big data jobs like letting Hadoop chew on unstructured data, or traditional and massively parallel HPC workloads in scientific and research fields.

At the moment, Compute Engine fires up a pool of virtual Linux instances, in this case either Ubuntu 12.04 from Canonical or the RHEL-ish CentOS 6.2, but it is not clear what virtual machine container Google is using. Presumably, it is the same VM that Google uses internally for its own code. Google did not say when or if it would support other Linuxes or Microsoft's Windows.

You store data on Google's Cloud Storage, and you can use ephemeral storage for the VMs as they run as well as persistent storage to hold data sets. You can make the persistent storage read only as well, which means that it can't be messed with and that it can be shared by multiple Linux instances on the Google infrastructure.

Compute Engine has a service level agreement for enterprise customers, assuring a certain uptime, but what exactly that level of uptime is not in the developer's guide. Google warns that it may take the service down for periodic maintenance during the limited preview, and also that it is only supporting Compute Engine in the US, not in its data centers in Europe or Asia/Pacific, during the preview. Google has an open and RESTful API stack for Compute Engine and is working with Puppet Labs, Opscode, and RightScale to integrate their cloudy management tools with Google's infrastructure

The point is, Google guarantees a certain level of performance per virtual core, no matter what the underlying iron is and its virtualization layer ensures this. You can fire up virtual machines with 1, 2, 4, or 8 virtual cores, and the memory, disk, and performance all scale with the cores in a linear fashion. (Well, the disk is a little better than linear.) The starter VM costs 14.5 cents per hour and the price also scales linearly – it works out to 5.3 cents per GCEU per hour.

Bootnote: Persistent storage is priced per month, not per hour, as this story originally and erroneously suggested. ®