Whether people will buy them is another issue 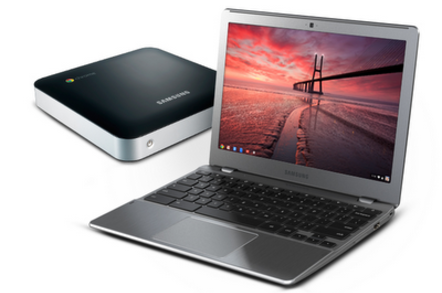 Google I/O Google is trying to get its Chromebook into the mainstream and is starting to push it in retail stores, signing up Best Buy in the US and Dixons in the UK to distribute the ChromeOS systems.

The Chocolate Factory's ChromeOS is the red-headed stepchild of the operating system market. Since its launch last year, the sales of Chromebooks are estimated to have been pitifully small and while Google insists Chromebooks are winning over customers in the education and enterprise spheres, it isn't releasing figures on sales.

Speaking at his keynote address on day two of the I/O developer conference in San Francisco, Sundar Pichai, VP of Chrome applications, said that Google is working with Intel and OEMs to have a new range of Chromebooks to tempt computer buyers this Christmas. He promised that the new hardware will be three times as fast as the first generation of ChromeOS systems, and will have graphics performance equal to a $1,000 conventional laptop.

That may be so, and the latest hardware announced by Samsung last month is certainly better specced than the original Chromebook models. But buyers (and many El Reg readers) have been less than impressed with ChromeOS and the kind of prices OEMs are charging for Chromebooks - $499 for Samsung's latest model, which is a lot for a Celeron-powered machine with just 16GB of storage.

The deal with Best Buy and Dixons gives Google access to the largest physical retail chains in the US and UK, and the Chocolate Factory says similar arrangements are being worked out to expand sales to shoppers in other countries. Whether or not people will buy them is another matter entirely. ®