Looking to avoid the curse of Xerox PARC 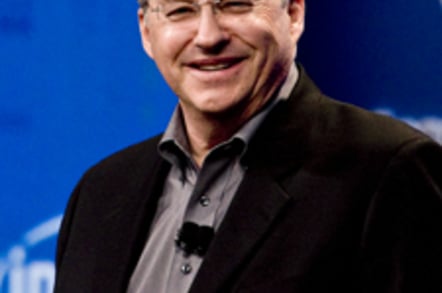 At Intel Labs' annual outing, Chipzilla has announced it is investing millions in a new social research center and explained how it plans to avoid the mistakes of researchers in the past.

The new Intel Science Technology Center is a $15m program funding five years of research into social and anthropological research into how people use technology. Rather than focus on how hardware and software are used, the new center will be looking at how human wetware interacts with the resulting data.

Intel has upped its R&D spending in such academic sectors to over $100m in recent years, and CTO Justin Rattner said the company had come a long way from the early days when Gordon Moore would personally have to review and sign off on any research funding. But making big investments upfront, Intel could fund full-time research places and reap the rewards he said.

Chipzilla is looking to avoid the mistakes Xerox made with its vaunted Palo Alto Research Center, which invented much of the backbone of modern computing, including Ethernet, the GUI, the mouse, and laser printing, but almost none of those inventions were taken to market by Xerox, which lost out by concentrating on its existing business.

A youthful Steve Jobs famously brokered a million dollar deal to tour PARC and harvest its secrets for Apple's early lines, something that provoked resignation threats from PARC directors, and Microsoft then stole was inspired by the same technology. Bob Metcalfe took Ethernet public with 3Com and changed the world. But Xerox reaped none of the benefits of its research because it didn’t get the difference between invention and innovation Rattner said.

"We're very conscious of this at Intel Labs and have spent considerable time ways to break those barriers and avoid what we call the valley of death for products in the labs that never make it to product," he explained. ®

Rattner also caused a frisson of excitement with the mention that the start of sessions would be signaled with the "Intel bong." This turned out to be a reference to the advertising music it has used, rather than some of California's finest medicinal herbs.