14in Ultrabook and more

Dell has extended is XPS line of laptops, with 14in and 15in models joining the 13in Ultrabook it launched earlier this year.

The bigger of the new machines can't claim the right to attach Intel's skinny laptop trademark to their names, but the XPS 14 does.

It comes with a choice of Core i5 and i7 Ivy Bridge CPUs which provide the integrated graphics, though Nvidia's discrete GeForce GT 630M 1GB GDDR 5 chip is available in some models. The GPU drives a "900p" display - 1440 x 900, presumably. 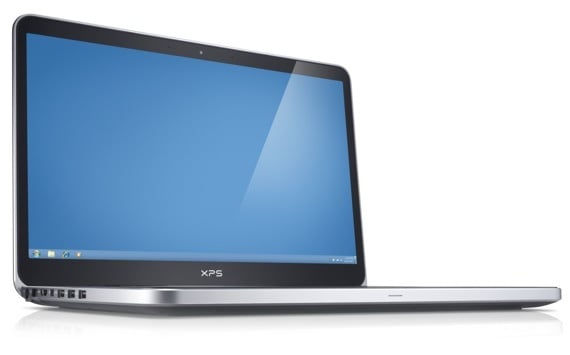 There's the same ports as the 14 albeit with an extra USB 3.0 jack. Wi-Fi is the same too. There's room in the XPS 15 chassis for an optical drive: a DVD rewriter or a Blu-ray burner, the choice is yours.