All the details you've read about Google's Nexus 7 are true - if an allegedly leaked training document is genuine.

The bumf landed on a desk at Gizmodo Australia and details a 7in tablet with a 1280 x 800 IPS LCD display and based around a 1.3GHz Nvidia Tegra 3 chip. There's 1GB of Ram and either 8GB or 16GB of on-board storage.

So far, so known already. But the new document mentions a couple of extra facts: there's a front-facing 1.2Mp webcam but, pictures suggest, no rear-facing camera. And the device will have NFC support. 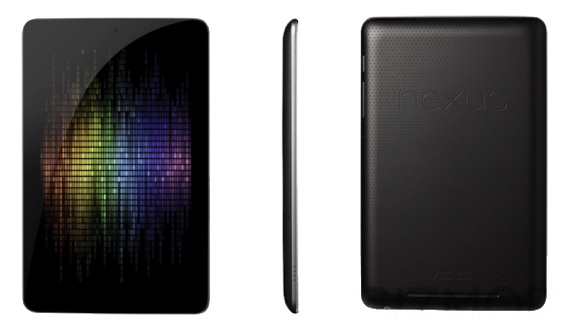 The pics also show a rather natty mini-iPad design with a black, textured back.

Both will run Android Jelly Bean, be it version 4.1, 5.0 or whatever Google's marketing people reckon it needs to be when it ships.

The Nexus 7, believed to be manufactured by Asus, is expected to be announced later this week at Google I/O. ®