Yanks are in town looking to buy an umbrella 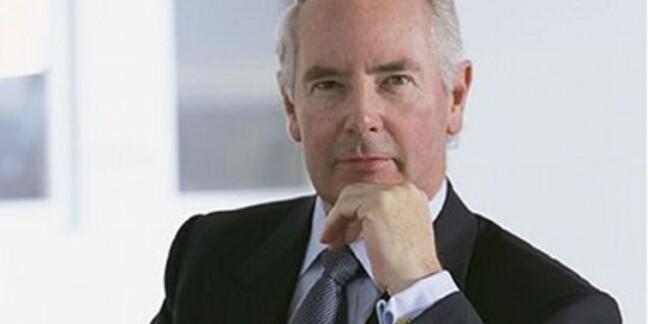 Ingram Micro is locked in talks with Sir Peter Rigby over the acquisition of his Midlands-based outfit Specialist Distribution Group (SDG), sources have told The Channel.

People familiar with the negotiations say a deal is edging closer which would bulk out Ingram's mid-market infrastructure operation.

SDG is an EMEA-wide umbrella brand created last year to replace the SCH Distribution moniker as the trading operations - ETC, ISI, IQ-Sys and Best'Ware - were brought together under one stable. Some observers saw the integration as housekeeping before a likely sale of the operation.

The rationale behind the deal is simple - Ingram wants to improve margins by selling more infrastructure kit that helps customers upgrade data centres, one of the firm's strategic priorities since acquiring CCD from Computacenter in 2009.

This is a more stable revenue stream than the volume IT space - it is relatively a predictable, growth market, and is skills and technology led indicating the market opportunity is likely to be around for some years yet.

Should the deal be signed and sealed, Ingram would cover gaps in its portfolio with tech brands including Citrix, IBM and VMware, and should become more of a powerhouse in the UK.

Volume IT distribution is all about economies of scale but SDG's base is limited to the UK, France, the Netherlands and the Middle East, meaning it is unable to compete with the sprawling global businesses of an Ingram Micro or a Tech Data.

The SDG and CCD businesses started as IBM distributors in the late 80s and both benefited massively in the 90s from a trading relationship at group level with Compaq before it was acquired by HP.

Compaq had offered channel partners rebates based on total revenues and so the distie arms of both UK resellers profited from the margin uplift. But those Ts&Cs disappeared after HP and Compaq came together.

Selling SDG would allow the Rigby clan to concentrate on developing their high margin reselling/integration business SCC and hand it some cash to continue acquiring reseller/integration targets.

According to one estimate SDG turned over €1.7bn (£1.36bn) in fiscal 2011 ended 31 March, equating to around 60 per cent of parent Specialist Computer Holdings (SCH) Group numbers.

In a director's report, the company revealed the growth was attributed to the acquisition of fellow subsidiary Interchange, which turned over £28m, IQ-Sys which had sales of £3.7m and the "strong underlying growth of the business".

During the fiscal, there was £105.4m worth of inter-company trading in the UK with SCC, sister company to SDG and a deal with Ingram would likely come with a supply lock-in for a certain number of years.

Bank of Rigby reaches into the vaults again

SCC veterans set to leave the building after two decades