Malware was distributed through adult site 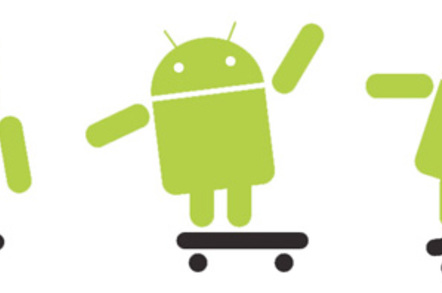 Six men including three IT executives have been arrested in Tokyo in connection with an Android malware scam which netted them over 20 million yen (£160,740).

Japan’s first arrests for the crime of distributing a smartphone virus came after over 9,000 people downloaded malware disguised as an application designed to play videos, according to the Daily Yomiuri.

The group, which is also being investigated on suspicion of developing the virus, decided to distribute it on an adult site it created, presumably luring victims into paying with the promise of being able to view video content.

Once downloaded onto a user’s phone, the app displayed a message demanding payment of 99,800 yen (£803), with the notice continuing to be displayed even when the victim tried to turn the device off.

The group also allegedly nicked personal data from the phone including contact information from the address book, and stored it on a server overseas, the report added.

The news highlights the continued threat to Android-based smartphones – one which becomes more alarming for IT managers given that many such devices are being used to access corporate networks as part of BYOD initiatives.

Tokyo-headquartered security vendor Trend Micro said Android malware grew by a whopping 1410 per cent in the first half of 2011.

Although only a very small number of the 400,000+ apps on Google Play are likely to be harmful, security professionals usually advise users to avoid third party app stores and other sites where malware is more likely to lurk.

The Chinese government has even been forced to voice concerns about security issues in app stores owned by state-run operators China Mobile and China Telecom. ®