Traders the target, but 130ns latency has storage industry sniffing around 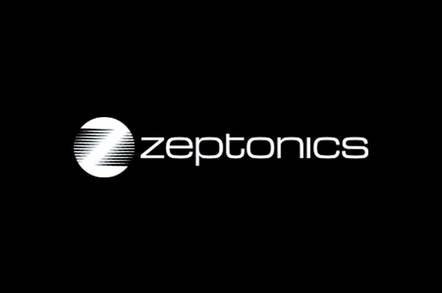 A new Australia company, Zeptonics, has created what it claims is the world’s fastest network switch.

The company’s “Zeptomux” bills itself as a “23-to-1 multiplexing switch that operates with a fibre-to-fibre latency (including SFP+s) of ~130ns.” The Zeptomux can achieve that speed over copper or fibre, and uses 10G Ethernet exclusively.

Quite how the switch achieves that speed is, of course, a closely-guarded secret. But Zeptonics’ founder Matt Hurd told The Reg the company’s secret sauce “… is making a very constrained device.”

“It’s not an ordinary switch,” he said. “It is stripped down and simplified. Client ports cannot talk to one another. We think it is the fastest way to multiplex Ethernet onto one outgoing layer two line.”

The Zeptomux features an API Hurd said is “Cisco-like”, uses embedded Linux and can be accessed through SNMP.

Hurd and other Zeptonics staff share a background in high frequency trading, the practice of buying and selling equities many times each day. Such traders value speed above all else, as their algorithmically-driven and automated trading systems order many trades every day. A few microseconds delay can see a favourable buying or selling opportunity disappear.

“When you are trying to make a trade or get ahead of competitors you want to get your foot in the door first,” Hurd told The Reg. “10,000 people all want that trade. We’ve designed the boxes we would have liked to use during our trading days.”

The company therefore envisages stock exchanges, investment banks and high frequency traders as its clientele, but as news of its switches has emerged Hurd says he has already been approached by an enterprise storage company. Hurd declined to name the vendor.

The company’s formal launch will take place in New York next week, and Hurd said he already has meetings scheduled with interested financial services organisations in that city and Chicago. Those organisations will have a chance to see the first 50 Zeptomuxes, which have rolled off the production line but are considered Alpha devices. Beta-testing will soon be under way and Hurd expects production devices to become available at the end of July. The US road show will also see the company unveil the ZeptoLink, 50-port layer 1 device Hurd says has latency of around five nanoseconds.

Zeptonics is funded by Australian private investors. Design and manufacture of the Zeptomux was all performed in Sydney, a task Hurd says was easy as few local companies compete for the talent pool of people qualified to perform, or experienced in such work. Hurd said the Zeptomux is an entirely original design and is not based on any white label appliance platform. ®

Hurd sent us the image below, claiming that the Lego man and numerous tiny brethren toiling within the confines of the Zeptomux are the source of its speed. We're checking out that claim here in our Antipodean Labs.