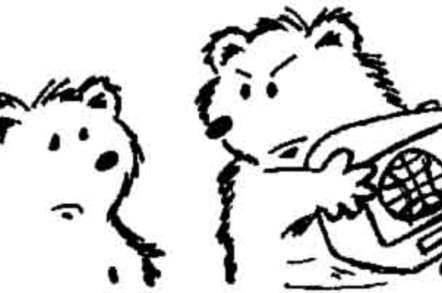 China has issued its latest action plan on human rights, glossing over minor issues such as online censorship and press freedom but re-affirming commitments to increase broadband penetration in the country.

The National Human Rights Action Plan of China, which covers the next three years, claims to set out out “comprehensive protection to citizens' economic, social and cultural rights”.

This includes apparent improvements to social security, minimum wage, environmental protections and the right to fair trial, among other things, although cynics will be forgiven for thinking that in practice very little will change in the PRC.

The document is more than a little at odds with the US State Department’s recent Human Rights Practices report for the country, which noted general “deterioration in key aspects”.

Here’s a flavour of what is a rather bleak report:

Individuals and groups seen as politically sensitive by the authorities continued to face tight restrictions on their freedom to assemble, practice religion, and travel. Efforts to silence political activists and public interest lawyers were stepped up, and, increasingly, authorities resorted to extra-legal measures including enforced disappearance, “soft detention,” and strict house arrest, including house arrest of family members, to prevent the public voicing of independent opinions. The authorities increased attempts to limit freedom of speech and to control the press, the internet, and internet access.

On the plus side for China’s citizens – and the web companies both domestic and foreign hoping to target them – is a commitment to accelerate internet construction.

By 2015 over 45 per cent of China's population will have access to the internet, with fixed broadband connections exceeding 370m – a commitment more likely to be observed than, say, China’s promise to follow international human rights conventions.

Efforts to improve fixed line internet access have been hampered in the past by the cost of fibre optic cables and the enormous size and challenging terrain of the nation.

Some reports have claimed that Chinese users pay up to three or four times more than their counterparts in the UK and US as a result.

While the target of getting around 800 million people online by 2015 is achievable, therefore, giving them a decent service may be a little more challenging.

The latest quarterly State of the Internet report from content delivery firm Akamai places China a lowly 90th globally when it comes to average broadband speeds, at just 1.4 Mbps, although this was a 21 per cent increase on the previous quarter.

Quality of service isn’t helped either by the Great Firewall, which can reset connections or lead to error pages if searched-for content has been blocked – something Google has tried to draw users’ attention to with a new feature in its Google.cn search service.

This is obviously an area of human rights abuses the Communist Party is never going to be up for addressing, in fact, the world ‘web’ doesn’t even make it into the action plan. ®