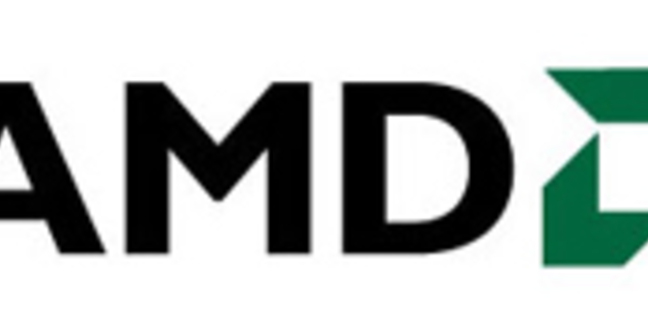 AMD struggled to make itself heard above all the Intel Ivy Bridge noise at Computex this week, but did manage to introduce new E-Series APUs for the budget notebook and desktop market and show off a solitary Windows 8 tablet hybrid prototype running its new Trinity architecture.

The firm said its 2012 E-Series APUs – the chips formerly known as ‘Brazos 2.0’ – were designed with the sensible combination of long battery life, basic performance needs and accessible price point in mind.

The 40nm chips appear to share a similar design to their first iteration, which AMD said was the most successful notebook platform in its history, and are expected to feature in hardware from Acer, Asus, HP, Lenovo, Samsung, Sony and Toshiba.

More interesting for the assembled masses was the run out for the firm’s recently announced second generation A-series Trinity APUs, in a prototype Windows 8 tablet.

Trinity is the successor to AMD’s Llano chips, providing up to 29 per cent more compute power thanks to their new Piledriver cores, according to the firm.

The new chips will of course help to spearhead AMD’s ‘ultrathins’ push to rival Intel’s Ultrabook category, and AMD SVP Lisa Su showed off a 11.6in prototype from Compal, coming in at just 10mm thick and detaching from the keyboard so it can also be used as a tablet.

The key differentiator for AMD’s push into the ultra-skinny laptop space is its price point, so despite the absence of whizz-bang announcements at Computex, ultrathins based on its chips could yet give the flashier Ivy Bridge Ultrabooks paraded at the show a run for their money.

“We can take Trinity and put it in a 17W VGA and it can give us over 10 hours of battery life … You’ll see a number of OEMs announcing systems with Trinity over the weeks to come together with Windows 7 as well as Windows 8 and it really allows us to change the game,” said Su.

“We can take to take the ultrathin, which is not limited by many different specifications, and really bring it down so that OEM can differentiate price points. We can go as low as $500.”

There's a decent video of the keynote here. ®