Lenovo, Fujitsu first out of the gates with highly-manageable third-gen silicon 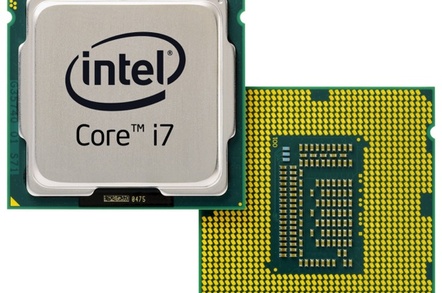 Intel has shown off kit galore using the third generation of its Core-i-series PC silicon in Australia, but used the press event at which it did so the emphasise that the new kit is imbued with its vPro management toolkit it aims at enterprise customers with fleets of PCs.

The inclusion of vPro in the new silicon makes it possible to build a highly-manageable enterprise Ultrabook, and two manufacturers have obliged.

Fujitsu is one and showed off the Lifebook U772, which boasts a 14 inch screen and depth of just 15.9mm. Lenovo discussed, but did not display, the forthcoming ThinkPad X1 Carbon, a machine that will have a carbon fibre chassis.

At the Australian press launch of the new chips, Intel Australia managing director Kate Burleigh said Intel conceived of the Ultrabook after considering four “vectors of user experience.” The mobility vector, she said, responds to consumer desires for a computer that works well when schlepped from room to room inside the home. The security vector “doesn't rock anybody's world,” she added, and is therefore not something consumer Ultrabook users will have in their faces.

Consumers' cravings are, of course, rather different to the airport-traversing, constantly-briefcase-egressing life of a corporate laptop. Lenovo's carboniferous exterior is the Chinese manufacturer's way of coping with the exigencies of life on the road. Fujitsu's concessions to the world of work include a fingerprint reader and a dock. Both manufacturers told El Reg these additions were necessary to make the Ultrabook fly as a corporate tool. &reg