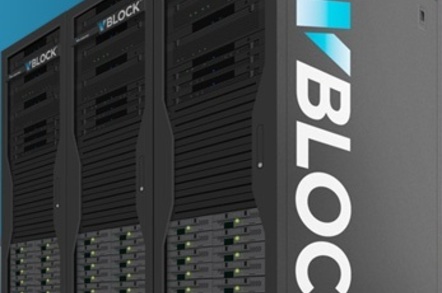 Paul Harapin, VMware’s vice president for business development and cloud across Asia Pacific and Japan, has left the company, The Reg can reveal.

His new post is heading up VCE, the private cloud joint venture formed by EMC, Cisco, Intel and VMware.

Harapin was VMware’s first leader in Australia, having previously set up Tivoli’s Asian presence prior to its acquisition by IBM. When he joined VMware Australia in 2005 it had just four staff.

Today that head count is now over 200 and VMware often points out that Australian and New Zealand customers are among its most advanced users. In 2011 those successes saw Harapin promoted from managing director of VMware Australia and New Zealand to the regional role mentioned above.

Harapin left VMware three weeks ago and is already touring the region in his new role.

Speaking to The Register from Japan, Harapin said that after seven years with VMware he was keen to move on to a new challenge. VCE, he said, has the feel of a startup, but rather more resources.

As such the new role means he can exercise his desire to grow early-stage businesses, while using the skills he gained piloting VMware to a commanding position in Australia and then the wider APAC region.

Harapin added his appointment is aimed at expanding the company’s footprint, as it has been decided that VCE's North American and European operations are now doing well enough that the company can look to growth markets across Asia.

That will mean creating a presence in Japan and adding headcount quickly. The company currently has a dozen staff in the region and Harapin intends to double that quickly. He will also consolidate teams, as some VCE employees currently work from the offices of the company’s parents.

VCE does not yet have concrete revenue expectations for the Asian region, but Harapin said he thinks current VMware users will be interested in its offering. “For me the interest is that there is still a lot of complexity in the remaining infrastructure,” he said. “vBlocks take that away.” ®