Dell storage sales drooping while others thrust up

Compellent sales could be down 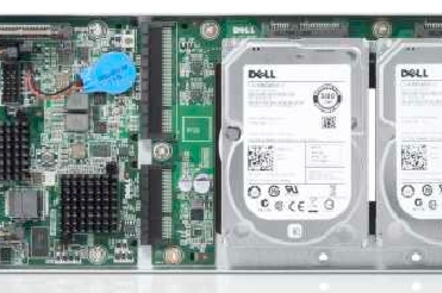 Aaron Rakers, a Dell-tracking financial analyst at Stifel Nicolaus, has looked at Dell's quarterly 10-Q statement to the SEC and uncovered a drooping sales trajectory in storage.

Dell's storage revenue for its latest quarter was $444 million, down from the prior quarter's $500 million and from the year-go quarter's $481 million. A big cause of this was declining sales of resold EMC kit, which was expected following the ending of that reseller relationship.

EMC kit sales totalled $21 million in the quarter, $40 million in the previous quarter and $140 million in the year-ago quarter. Sales of Dell's own Compellent, EqualLogic, Exanet file storage, Ocarina dedupe and DX6000 object arrays did not compensate for this.

Although revenues from Dell's own storage products grew 24 per cent year-on-year it was not enough. They accounted for 95 per cent of Dell's storage revenues, up from 71 per cent a year ago. Obviously there is a convincing growth trend but it isn't fast enough and needed to be $37 million higher just to match the year-ago quarter's revenues.

Rakers thinks there were sales execution issues in the most recent quarter, and that Compellent sales declined 8 per cent compared to the previous quarter. If true Dell will be very anxious to reverse that trend and compete more effectively against EMC's VNX/VNXe arrays and NetApp's FAS 2000s.

Michael Dell might say; "Droop no more or face the door" to his storage sales management. ®