Google to show China what it's missing

Will tell users when Great Firewall blocks their searches 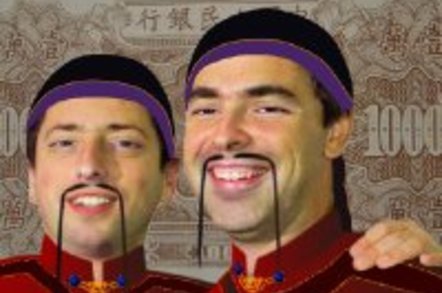 Google could be set for another tense showdown with the Chinese government after changing its search experience for users in the People’s Republic in a way that will explicitly notify them when their searches are being blocked by the authorities.

Senior vice president of knowledge, Alan Eustace, announced the changes in a blog post and managed to do so without mentioning the c-word, censorship, once.

The Google line is that searches made from mainland China and routed through its servers in Hong Kong “can be inconsistent and unreliable”, with users often presented with error message such as “This webpage is not available” or “The connection was reset”.

Google wanted to improve the search experience so it got its engineers to study some of the keywords causing problems – reviewing 350,000 of the most popular search queries in China in the process, Eustace explained.

“We’ve taken a long, hard look at our systems and have not found any problems. However, after digging into user reports, we’ve noticed that these interruptions are closely correlated with searches for a particular subset of queries,” he added.

“So starting today we’ll notify users in mainland China when they enter a keyword that may cause connection issues. By prompting people to revise their queries, we hope to reduce these disruptions and improve our user experience from mainland China. Of course, if users want to press ahead with their original queries they can carry on.”

The key problem for Chinese users is that the Great Firewall is a rather blunt instrument which can end up blocking innocent queries because they share the same Chinese characters as banned terms.

Google’s Eustace uses the example of ‘Yangtze River’, which can be blocked for users, diplomatically omitting to mention why it causes problems.

What he fails to mention is that the word for river is the same as that of the surname of former Chinese president, Jiang Zemin, whose name has been frequently banned from searches since false rumours of his death spread online last year.

The new search feature will alert users as they type in the offending characters and present them with the following message:

We've observed that searching for [insert search term here] in mainland China may temporarily break your connection to Google. This interruption is outside of Google's control.

Users can then learn more about the interruption via a link taking them to a help centre article, continue with their original query, which will be blocked, or edit their search term to use the pinyin system - used to transliterate Chinese characters into Latin script – to avoid unnecessary blocks.

Google of course famously pulled its search servers from China in early 2010 after a falling out with the government over cyber attacks and censorship, although searches from within the country to its Hong Kong servers are still censored as they have to travel through the Great Firewall.

Since then its market share has dropped to around 15 per cent in China, so perhaps the web giant feels now it has nothing to lose in “improving the search experience” in this manner for users.

However, the new feature is unlikely to sway the market in its favour. An overwhelming majority of China's internet users have plumped for home-grown search firm Baidu which self-censors and as such can offer a much smoother user experience.

In fact, Google will have to keep a constant eye on the ever-changing censorship landscape to ensure its new feature remains relevant, according to Hacene Taibi, CEO at Bejing-based SEO firm THEM, who told The Reg that "the pinyin option won't be used by 95 per cent of Chinese" as they are used to using hanzi, Chinese characters.

Although most of Google’s services are blocked in the People’s Republic its Android platform is in a market leading position there, so the firm wants to be careful about how far it pushes the patience of the Communist Party just a few days before the bloody anniversary of the Tiananmen Square uprising of 1989. ®