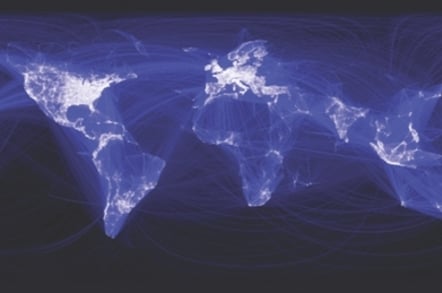 The Europe-v-Facebook campaign organized by Austrian law student Max Schrems is claiming victory after the social networking giant announced it is holding a vote on updates to its operating policy.

"Today we are asking you to join our second global site governance vote," said Elliot Schrage, VP of communications and public policy on the company blog. "Voting will be facilitated by an application developed on Facebook Platform by Wildfire, and an independent auditor will examine the vote tabulation to further ensure accurate results. We strongly encourage you to participate in the vote on our new revised documents."

Schrems, 24, has been waging a personal crusade against Facebook's data policies and made a succession of complaints about their breaking of EU law to the Data Protection Commissioner in Ireland, where Facebook has its European headquarters. This led to an audit by the authorities and in response Facebook made alterations to both its Statement of Rights and Responsibilities and Data Use Policy and submitted them for public comment.

Under Facebook's own rules, if more than 7,000 people comment on policy revisions then they are put to a vote, and if more than 30 per cent of the world user base votes then that result is binding, rather than advisory. Schrems set up Europe-v-Facebook to try and trigger a vote and claims that English users have filed over 7,000 comments and German customers more than 30,000, forcing Facebook to the ballot box.

"The user does not really get to vote on the content of the 40,000 comments. Right now we would suggest to rather vote for the old policy, since this would force Facebook to take another attempt to comply with the Irish regulators," Schrems told El Reg in a statement. “At the same time we are wondering how long Facebook wants to keep on playing this tiring game. It’s time that they simply comply with the law, just like any other company."

Schrems said his objective was to make all data collection and advertising opt-in rather than collection by default. He's posted up a list of suggestions but, unsurprisingly, says Facebook isn’t interested in discussing the issue further and certainly isn’t promoting the voting process other than via a link on its corporate pages. This makes a successful turnout of 30 per cent of its 901 million users highly unlikely before the vote ends on June 8.

Facebook raised the threshold of user voting to 30 per cent in the wake of the fuss caused in 2009 over changes to its terms and conditions, giving it ownership of all user data on its servers. Zuckerberg pleaded that he needed a license to use content properly but then the company backtracked and reinstated the old terms. This latest kerfuffle may cause Facebook to reexamine its corporate democracy policies once more.

"Personally we would understand if Facebook is amending this mechanism, even though it has that bitter taste of ‘democracy is only respected if it brings the right results,’" Schrems said. "We think it perfectly shows how this platform is changing from a user based system to a money-driven cooperation." ®