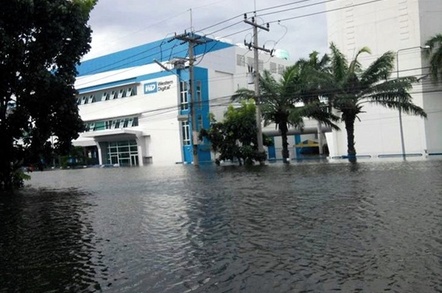 The cost of hard disk drives remained reassuringly expensive in the opening four months of this year despite product availability improving.

Long gone are the tales of a declining HDD sector hit by product shortages - sales through distribution were up 36 per cent and 78 per cent in Western Europe and the UK respectively from January to April.

In spite of this, average sales prices have been slow to correct themselves following the flooding in Thailand that dented availability as PC makers hoovered up stocks.

"Although average selling prices in April were still up 58 per cent year-on-year, we are now seeing prices gradually on their way back down from the high in November," said Senthuran Premakumar, enterprise analyst at Context.

According to price comparison web site Idealo.co.uk, the average price of a drive at the beginning of October was a little over £43 but had jumped 153 per cent to £109 by mid November.

Leading the drive category, 1TB spec units were up 52 per cent in the UK and 31 per cent across Western Europe, said Context.

The analyst noted that this segment did well on the back of price cuts, some 25 per cent, but added shipments for higher capacity drives was "slowly" on the way back to pre-flood levels.

Distributors including Ingram Micro that were sat on stocks when the flooding occurred saw profit margins on the component swelling.

According to price comparison web site Idealo.co.uk, the average price of a drive at the beginning of October was a little over £43 and had jumped 153 per cent to £109 by mid November.

But with Thai HDD factories getting back on line the speed of the price drop is hardly commensurate with the hike last spring, leaving the industry open to accusations of profiteering. ®

Jingle bells, disk drives sell not so well from today. Oh what fun it is to ride on a one-horse open array...

In brief Third of market to evaporate by 2021. Only nearline, spycam drives to swell

This is the age of the SSD