Vatican in pact with Microsoft to initiate world's youths into Office

None might buy or sell save with the Number of the Beast ... which is 365 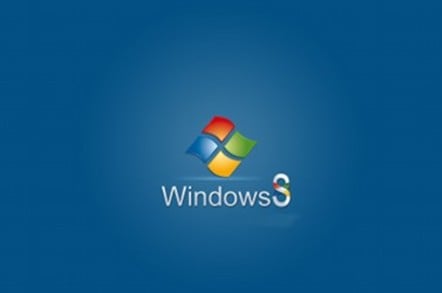 The Vatican has blessed Microsoft's cloud apps strategy in the shape of deal that could see Office 365 being rolled out to 43 million Catholic students worldwide.

The secretive and highly conservative organisation, condemned by some as the Anti-Christ, will initially provide the software suite to 4.5 million students via the Catholic International Education Office (OIEC) under the three-year agreement.

The deal was signed off at the Vatican yesterday, attended by Cardinal Zenon Grosholewski, Prefect of the Congregation for Catholic Education.

“In alliance with Microsoft, we are entering a new era in global Catholic education,” said Father Angel Astorgano, general secretary of OIEC, in a statement. “We will offer the most advanced technology, knowledge and skills to our schools so our next generation of graduates is prepared for the new challenges of the 21st century.”

“An innovative and forward-thinking Catholic organization is supporting the modernization of their schools, working with Microsoft and mutual partner Tralcom to deliver technology solutions to Catholic students and educators around the world,” said Anthony Salcito, vice president of Worldwide Education at Microsoft.

Tralcom is described as a Mexico-based provider of tech for academia, and its relationship with the OIEC seems to predate this week's announcement.

Under the deal, students will get access to an online network for Catholic education, and the partners will develop a "curriculum and training to develop digital literacy, help integrate into teaching and learning, and provide blueprints for innovative schooling".

More tangibly, participating schools will get access to the online suite and collaboration tools, and Microsoft's Learning Suite.

From the Church's point of view, apart from securing access to apps at - hopefully - a reasonable price, the OIEC says the deal will equip its students worldwide for the world of work.

On the face of it Microsoft might have secured a lock on the youth of one of the world's biggest religious groups. The Catholic Church is probably the only major religion able to strike such a deal, given its highly centralised nature, strict hierarchy and tendency to clamp down on deviations from approved doctrine.

Even so, education systems and Catholic school networks in different countries might have their own deals which might represent better value for students. It is not currently clear what the deal means for the UK.

And while Microsoft might have sewn up one major faith group, the deal is just as likely to alienate the others as get them to see the light and sign up for 365 themselves. ®