China turns on the sprinklers with ambitious rain-making plans 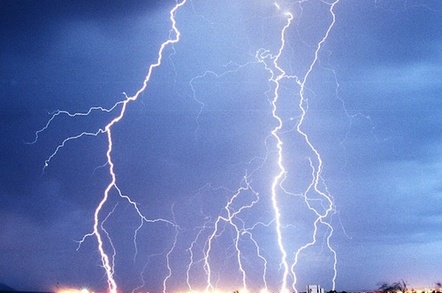 China is to step up its use of cloud-seeding technology to open the heavens more frequently than ever before, in a bid to prevent drought and make the weather more predictable.

Zheng Guoguang, administrator of the China Meteorological Administration, told attendees at the National Weather Modification Conference in Beijing that the authorities would look to increase artificial precipitation by 3-5 per cent over the next five years, China Daily reported.

Despite having more than 7,000 rocket launchers, 50-odd planes and nearly 7,000 guns with which to shoot dry ice or silver iodide particles into the sky to encourage rainfall, the government is apparently unhappy with its progress.

Zheng reportedly said that rainmaking tech in the People’s Republic trails that of global leaders in the field by between 15 and 45 per cent – although quite how he arrived at that figure is unclear.

The authorities have already tried to make it rain on over 560,000 separate occasions using their aforementioned arsenal and a ‘weather army’ of over 47,000 individuals, generating around 489.7 billion tons of rain in the process which the Daily says prevented economic losses of 66 billion yuan (£6.6bn).

"Many of the nation's natural and agricultural disasters, especially those involving grain and tobacco, are caused by drought," said Zheng.

"With so many areas in China, especially rural areas, vulnerable to storms, blizzards, hail and other natural disasters, the demand has been rapidly increasing to use science and technology to reduce the risks."

Zheng reportedly dismissed pollution concerns, claiming that “very few doses” of dry ice or silver iodide are used in cloud seeding and said what is really needed is an improvement in staff training and management capabilities.

The announcement comes just a fortnight after the central government launched a 160m yuan (£16m) fund for provincial authorities to undertake their own rainmaking efforts – helping stave off drought and preventing unpredictable weather from disrupting major events.

Given the Communist Party’s insidious efforts to control every conceivable aspect of Chinese life, from the birth rate of its citizens to what they can access online, it’s interest in also manipulating the weather is perhaps not surprising, especially given the harsh climate in many regions.

Such technology was on stand-by ahead of the Beijing Olympics in 2008 to prevent any potential downfall from ruining the opening ceremony. ®