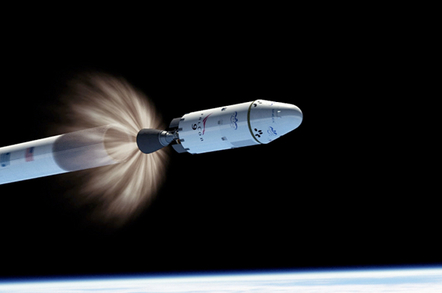 The Falcon 9 rocket from private space company SpaceX, intended to launch this morning and send a Dragon capsule loaded with supplies to the International Space Station, has failed to take off. The rocket's computer aborted the launch automatically at almost the final possible moment, when its engines had already ignited but the vehicle had not yet been released from the pad.

"The computer saw a parameter it didn't like," commented launch controllers after the abort, which saw the Falcon's 9 main engines flare briefly into life as the countdown reached zero before cutting out again.

The rocket is not thought to have been damaged by the aborted launch, and controllers announced a provisional plan to check the craft, refuel it and make another launch attempt on Tuesday morning at 03:44 AM local time (08:44 UK time).

The Falcon 9's computers picked up an anomaly with the rocket and aborted the launch just before liftoff. Early data shows that the chamber pressure on Engine 5 was high. The teams will continue to look at the data and assess a launch attempt on May 22.

The Dragon's cargo is composed of supplies and non-essential items for the ISS. The mission is intended to prove the viability of the Falcon and Dragon for the task of supporting the station. Dragon has only been launched once before, in a successful test flight to orbit on which it carried only a large cheese. A similar secret spoof cargo, along with the regular supplies and experiments, is thought to be aboard the Dragon now.

As and when SpaceX can prove the Dragon's capability, it will be a major milestone for commercial space. Existing Progress and ATV supply ships from the Russian and European space agencies cannot return to Earth for re-use, and are much more expensive.

Tech multimillionaire Elon Musk, founder and initial bankroller of SpaceX, also intends that the Falcon and Dragon should carry people as well as cargo in coming years, restoring America's manned space capability and ending the ISS' dependence on old-fashioned Russian Soyuz capsules to carry its crews up and down. Musk has even stated that the Dragon, once upgraded with the planned "Draco" retro-rockets, could land on other planets including Mars (though as yet there is no rocket package and other necessary hardware officially on the drawing boards which could send it there).

For now though, Musk and his SpaceX colleagues will be hoping simply that they can get the Falcon off the ground on Tuesday. ®