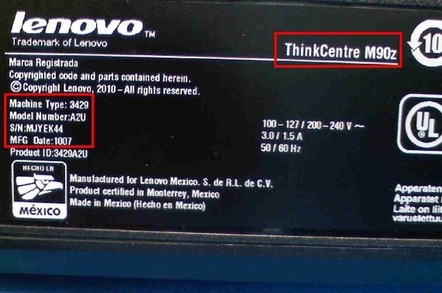 Lenovo is recalling another 15,000 All-In-One desktops due to concerns about over-heating and potential fire hazards, taking the tally to 188,000.

The vendor announced a voluntary recall of 160,000 ThinkCentre M70z and M90z desktops in March and another 13,000 in April following a complaint to the US Consumer Product Safety Commission (CPSC).

"Because additional systems and manufacturing dates have been added to the recall, even those customers who previously screened their systems against this recall should rescreen their systems," Lenovo said.

The PC has a defect in an internal component in the power supply that can overheat and possibly cause a fire.

Lenovo said it has received two customer reports of fire that caused damage to the machine.

A UK spokeswoman at Lenovo told The Reg the initial recall of UK units was around 4,000, and that "with the recall extended it is about another 500 units".

"To reiterate there have been no further problems reported since the initial two that prompted the recall," she said. ®