What smaller businesses should look for in cloud software

Cutting SaaS down to size 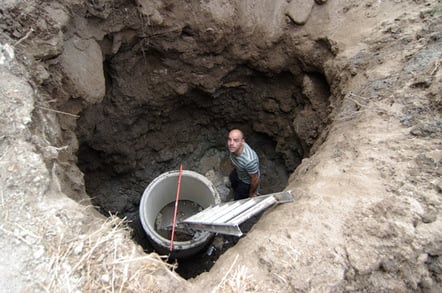 Cloud services – particularly software as a service, or SaaS – ought to be an obvious option for a smaller business.

Who wouldn’t want to cut their hardware costs? Isn’t it a good idea to gain instant access to a range of otherwise unaffordable enterprise grade software, get better security systems and shift the IT budget from capital expenditure to operational expenditure?

You can add and remove users quickly and scale your IT provisions according to demand. Indeed, the marketing folk would have you believe that a brand new company could be up and running on cloud services within 24 hours.

And to a degree, they are right. There are lots of good reasons why a smaller business might want to run some of its IT in the cloud.

Some of the good stuff overlaps with the benefits larger companies get, but there are also layers of complexity, pitfalls and downright drawbacks that are unique to smaller firms.

One of the most talked about benefits of SaaS is the cost savings. An IT project with demonstrable return on investment is a relatively easy thing to sell to the boss.

But according to Barry Gill, enterprise consultant at email management firm Mimecast, the cost benefits are not the only ones. He argues that switching the grunt work of IT into the cloud can free up a valuable resource: the tech team.

“We were offending sysadmins at first when we started talking about reducing IT man hours. People felt threatened, that their jobs were going to be replaced by a contract,” he says.

"But we’ve always said it is silly for organisations to struggle to find skilled people and then put them to work caretaking an exchange server. I’d argue that we need these skilled people to look at more sophisticated projects than keeping the lights on.

"IT guys need to be thinking strategically, working to improve business processes rather than caretaking email servers.”

Gill gives this example. In manufacturing, there may be quite large numbers of employees, but relatively few will be at a desk. So the IT department might only have 40 “knowledge workers” to support.

If this hypothetical organisation were to farm out the dull stuff to the cloud, IT can get involved in process automation, ERP, logistics, maximising output and so on.

“An Exchange administrator in the manufacturing sector has pretty much reached the ceiling, but if the grunt work is in the cloud, suddenly he or she has other possibilities,” he concludes.

Gill’s is assuming the existence of a tech team, and this is where we hit one of those layers of complexity.

The standard definition of a small to medium sized business is anywhere from one to 250 employees. Companies at different ends of the spectrum have wildly different needs. For the very small, with fewer than 50 seats, cloud is a more complicated matter.

“There is a lot of confusion among smaller businesses,” says Steve Cox, chief technical officer at IT support firm TSG.

“Cloud has become such a catch-all phrase for anything delivered on the internet, it is hard for small companies to know what they are looking at.”

He points out that such small companies might not have a tech person on the staff and might find the prospect of getting involved in anything beyond the most basic cloud services intimidating.

“The industry as a whole needs to do more education for small businesses,” he says. “We need to get them to see and understand the benefits – the resilience and the uptime offered by cloud.”

“We’re seeing certain services driving interest, though. The big one is email. It is the one app everyone uses, and it isn’t too time sensitive. SMEs don’t care where the exchange server is and can cope with a small lag in email delivery.”

Beyond that the takeup among very small firms is slower than it should be. Cox says many of his customers report having tried putting line-of-business apps into the cloud, but that poor connectivity has made the experience a bad one.

“A lot of these companies have standard £50 per month broadband connections that are not fast or reliable enough to deliver cloud services,” he says.

“Once you start talking about £200 or £300 per month to get the service level agreements and reliability you need, it can be too much. But if you don’t do the upgrade, online software just won’t work.”

Small businesses also need to be doubly careful about who they choose to go into the cloud with. If all the business-critical data is in the cloud and the supplier goes bust, the impact on a small company can be devastating.

Cox likens it to the early dotcom era when ISPs were springing up like mushrooms – and proved just as durable.

“We’re breaking new ground with cloud,” he says. “There are lots of people starting cloud businesses, but not that many in the industry who have the skills and experience to build the systems properly. I expect we will see a lot of consolidation.”

Bring on the broadband

The Federation of Small Businesses (FSB), a UK lobby group, shares Cox’s worries about connectivity as the biggest single hurdle for smaller companies wanting to invest in cloud.

Superfast broadband is still not available everywhere and the FSB argues that many small businesses are missing out on the enormous potential of cloud simply because the connection available to them is not good enough to make it worth doing.

It has the research to back its position. The organisation carried out an online survey of its members in February 2011 and found that almost one in 10 don’t have access to “current-generation broadband” – that is a copper wire connection capable of up to 24Mbps. And of those who do have broadband, over a quarter have a connection rate of just 2Mbps.

In a report, one anonymous member summed up the difficulties for smaller companies: “Rural broadband coverage is very poor… Our office is 1.2 miles from the nearest village, which in turn is 3 miles away from the nearest exchange.

"Our broadband speed is only 0.5Mbps. We operate an electronic point of sale system that simply doesn’t work for most of the time.”

Another said: “2Mbps is woefully inadequate for modern cloud applications – one needs at least 20Mbps.

"Also, the upload speed is just as important and little is said about it, but VoIP, videoconferencing and file transfers all need high-speed upload as well as download – 5Mbps (not 0.5Mbps as now).”

For those who do have decent connectivity, though, there is real potential in the cloud. But it is important not to put too much emphasis on getting the technology working. Getting the human aspect right is vital.

“Cloud does cut procurement time and costs,” he says. “It shifts spend from cap-ex to op-ex, and so on, but what cloud vendors often don’t market well is that what you are getting is a shell. You still need a lot of consultancy time to get the workforce ready to work with the new computers.”

Zane Freame, Office 365 practice lead at Microsoft partner Content and Code, agrees. He argues that once the decision has been made to go into the cloud, the technology is at the point where it is so trivially simple to set up, it is almost irrelevant. How the people are handled is much more important.

“We run a cloud services workshop online for Lync to demonstrate its capabilities. You can be up and running on it the same day. You can provision an Office365 tenant in a couple of hours,” he says.

“The challenge is that if people are not familiar with the software, they won’t use it. It is all about training and communication, overcoming the but-we’ve-always-done-it-like-this attitude.” ®