And, we'll be bound, the world's first quad-core processor built with a High-k Metal Gate process and carrying the Samsung brand. 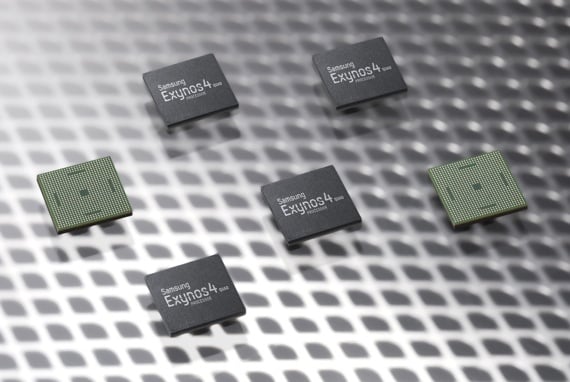 Running at up to 1.4GHz, fabbed at 32nmm and designed around ARM's Cortex A9 four-core design, the chip "double the processing power at a 20 per cent lower power… over its predecessor, the 45nm Exynos 4 Dual", Samsung said.

That was a dual-core, natch, so it's no surprise the new chip is called the Exynos 4 Quad. The two are pin-compatible, so the one can be dropped into the slot installed for the former.

Dare we suggest it'll form the engine for the Galaxy S III, due to launched next week? ®