The story of an historic micro 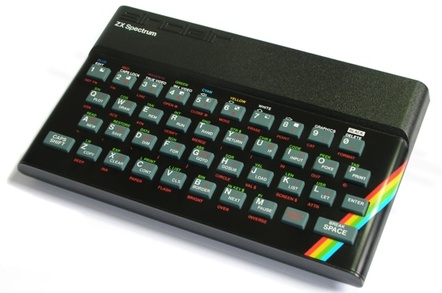 Archaeologic The Sinclair ZX Spectrum was launched 30 years ago today. At the Churchill Hotel, Clive - now Sir Clive - Sinclair stood before reporters and a barrage of camera flashbulbs to unveil the machine, the successor to the popular ZX81, on 23 April 1982.

Comparing the new machine to the BBC Micro Model A - released the previous December - Sinclair said: "It's obvious at a glance that the design of the Spectrum is more elegant. What may not be so obvious is that it also provides more power."

Sinclair's previous microcomputer, the ZX81, had been launched just over a year before, on 5 March 1981, and had proved a huge success. By December of that year, Sinclair Research had shifted a quarter of a million of the monochrome micros. But Commodore's Vic-20, which shipped in May 1981 after a late 1980 launch, had already heralded colour computing and it was clear to the Sinclair team that their next machine must be colour capable.

But what to call this new, colour computer? During its development, the Spectrum was, for a time, called the ZX82, the logical successor to ZX80 and ZX81. But the stellar success of the ZX81 prompted Sinclair to consider alternatives. 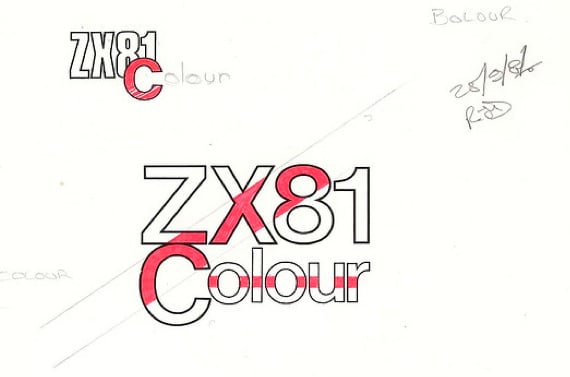 The name that might have been: ZX81 Colour sample logotypes from 29 September 1981
Source: Rick Dickinson

For a time, the new machine was the ZX81 Colour - aka the ZX81 C - and during September 1981, Sinclair's industrial designer, Rick Dickinson - flattering described by Sinclair User magazine at the time as a "blond, 26-year-old prodigy" - queued up a series of possible logotypes for a computer of that name. 'ZX81 Colour' also appeared on casing design sketches made by Dickinson during October 1981.

It's certainly the case that Clive Sinclair wanted to get the ZX81's follow-on out of the door very quickly, and to that end he wanted the new machine to involve as few internal changes as possible. That concept of the Spectrum as a 'ZX81-plus' may also have informed the early choice of name.

The 'Spectrum' moniker seems to have been a relatively late notion. The handle under which the new computer would be released was in play by February 1982 - it had been the ZX82 up until then - when Dickinson proposed a series of different logotypes and a variety of different approaches to the iconic colour slash across the keyboard. 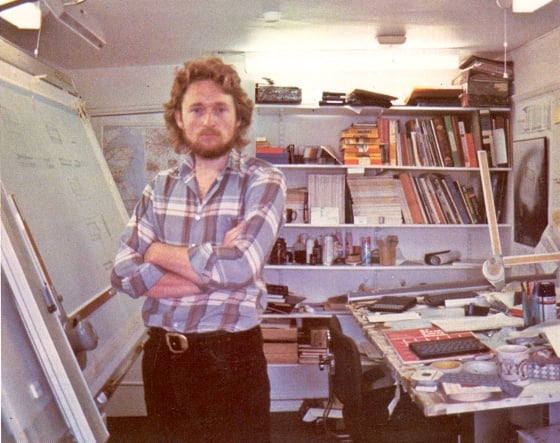 The keyboard itself was still being revised through February 1982. Interestingly, some of Dickinson's sketches from the time show a roundel-on-square key design that, though absent from the first Spectrum, would appear on the Spectrum+ in October 1984.