The first-generation ATV went from a UI derived from Mac OS X's Front Row media centre interface - big pic on the left, text menus on the right - to rotate through 90 degrees: pics on the top row, text menus ranged left to right beneath. This was ported to the 2G ATV, the first of the boxes bases on iOS, not that it matters. 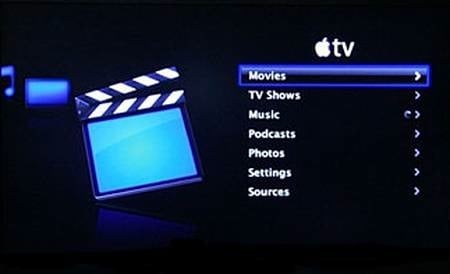 The new ATV is iOS too - again, that's all but irrelevant to the user - but drops the text menus for a grid of icons. Maybe Apple will add iOS' icon page views like the main iPhone and iPad screens, but for now it seems new icons will extend the list downward.

The ATV many never be the app-splattered platform that the iDevices have become, but it's clear Apple has realised it can extend the ATV's functionality through apps and has adjusted the box's UI to accommodate them. That's necessary, perhaps, but I don't think the new UI is as attractive as its predecessor. 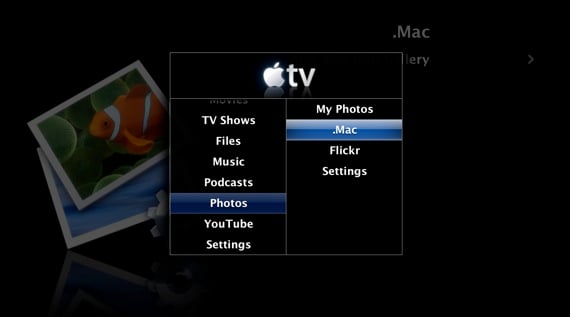 The extended functionality of the ATV may be delivered by apps, but Apple isn't presenting them as applications. Here they're services and channels. Beyond the basic content types - Movies, TV Shows, Music, Podcasts, Radio - and networked Computers - the icons point to specific content sources, such as Netflix, YouTube and Flickr. 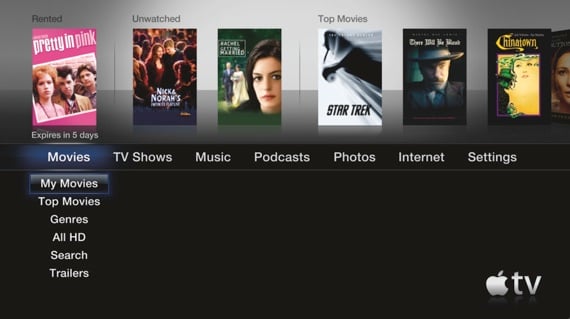 That suggests Apple will retain tight control of what appears here, even if it opens up the platform to app developers. It doesn't want punters to be able to add heaps of generic apps like five different RSS viewers or three Twitter interfaces. These may come, but there will be one of each, branded appropriately. 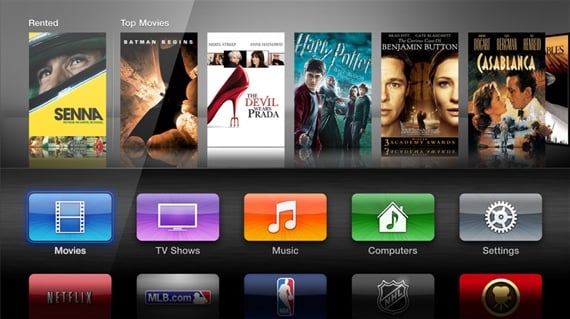 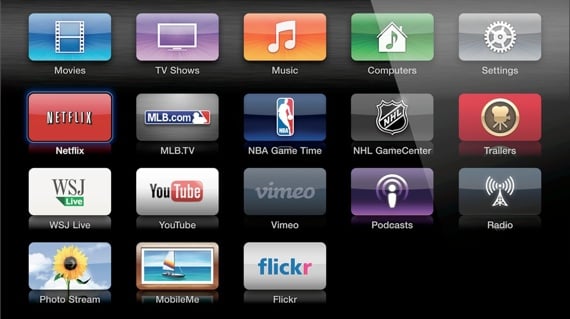 Games are a possible exception, but I'd say Apple wants us playing games on the iPad, iPod Touch or iPhone and simply streaming the screen over Wi-Fi to the ATV using AirPlay tech (nice). Games on the big screen make no sense without a controller. The Apple Remote's not up to the task. The iDevices are, and with better chippery will run them more smoothly than the ATV can. ATV plus iPad is doing now what the Nintendo Wii U won't do until the end of the year.

Next page: 'iTV' stand in
Page:
Tips and corrections
49 Comments