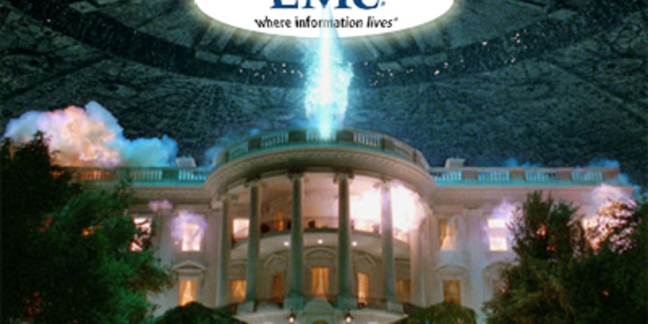 Analysis No server maker of any appreciable size – now including the famously direct Dell – has been able to sell machines without the help of the reseller channel. Ironically, EMC is not even a server maker, but its aspirations in the IT sector make it just as dependent on the channel as rivals Hewlett-Packard, Dell, and IBM.

The world of converged systems – where a collection of servers, storage, and switches from one vendor (or tightly coupled ones) is the new system – is often in opposition to the buying preferences of actual data centres. The VSPEX offering announced last week is a way for EMC to re-engage with channel partners and carve out some happy middle ground where it can make some money.

The VSPEX programme is also a way for EMC to make good with the channel after alienating it a bit with the Vblock converged infrastructure, which was launched with Cisco Systems and VMware back in November 2009 with its own homegrown channel: the Virtual Computing Environment Company partnership between EMC and Cisco.

VCE made the Vblock offering more integrator friendly in a restructuring in January 2011. But as El Reg pointed out back then, while VCE pushed the Vblocks through the sales forces of EMC, Cisco, and VMware and even gave certified partners downstream from master reseller Avnet a piece of the action if they sold Vblocks, the reality is that Vblocks are overkill for many SMB customers and too rigid for many large enterprises.

The problem with any converged infrastructure, of course, is that you are fighting against the long-held server, networking, and storage buying practices of a particular shop. People have been burned by this server or that storage array, and as a consequence they put up with this management tool or that one.

Cisco's "California" Unified Computing System blade and rack servers were selling at an annual run rate of $1.1bn as the networking giant exited 2011 because it is by far the dominant switching vendor in the data centre.

This affords it a lot of credibility that any other server upstart – RLX Technologies, 3Leaf Systems, Liquid Computing, Fabric7, and Egenera, just to name a few – just doesn't have, no matter how good its machinery might have been at the time.

The EMC-VMware partnership for the UCS boxes gives IT managers looking for a converged system (and preferring to come at it from the Cisco networking side, where a server is seen as a compute element hanging off the network and managed as such) something they can try because in many cases they already have EMC storage and they are already using VMware's ESXi hypervisor to chop up their server iron into virtual bits.

It's just not that much of a stretch for a customer with IBM, HP, or Dell blade servers running ESXi using EMC storage and Cisco switches to jump to a Vblock.

Putting on the VSPEX

Whether or not the new VSPEX certified configurations from EMC and its channel partners are taking on similar converged system configurations – a union of Cisco UCS machines and NetApp storage called FlexPods – is not necessarily all that relevant once you realise SMB customers are generally pretty zealous about their particular server, storage, and networking choices. More importantly, small biz bosses are not necessarily eager to swap all of their technology in one fell swoop.

The genius of the VSPEX approach is that EMC is using the channel to its advantage – provided it can get the downstream channel partners that hang off Avnet, Arrow Electronics, Ingram Micro, and TechData to play along and get the configurations their customers want for specific workloads and end-user counts certified as an official VSPEX config through EMC's VSPEX Labs.

As El Reg previously reported, there are 14 initial configurations of VSPEX setups, and here is how each layer of the stack is regulated by EMC:

It is important to note that even though in the chart above Cisco is labelled as a server partner, Josh Kahn, vice-president of solutions marketing at EMC, told El Reg that Cisco is definitely not a preferred server partner for the VSPEX stacks.

And the Intel logo in that chart above does not mean that Intel is building special-purpose servers for VPSEX channel partners, but is rather meant to designate tier-one server partners whose servers are pushed by the dominant channel partners.

The brilliance of the VSPEX strategy, if it actually works and channel partners go for it or are not somehow blocked by the tier-one server makers, is that is allows channel partners to build customised stacks without having to engage the server or switch makers themselves. "EMC provides the recipe, but it is the partner who bakes the cake," says Kahn.

This is an admission of the simple and obvious fact that the downstream channel partner – not the IT equipment or software maker, not the master distributors such as Avnet, Arrow, Ingram Micro, or Tech Data – actually has the relationship with the SMB customer. And rather than fight the server, networking, and hypervisor preferences SMB customers might have, EMC has encapsulated a methodology that makes use of those preferences while at the same time locking in its own disk arrays to the VSPEX configs.

The real question now, of course, is what do the master disties need EMC for? Who is EMC to put conditions on them in creating a converged infrastructure stack? Maybe Avnet or Arrow should just build their own VSPEX based on anything they feel their downstream customers will buy in volume.

Of course, if that were to happen, you can bet the IT gear and hypervisor makers would be a whole lot less generous with the rebates and margins – assuming, of course, they were being generous in the first place.

Kahn said EMC is providing access to systems for customers to test their configs on as part of the VSPEX Labs operation, and is also giving upfront discounts on EMC storage and other incentives for partners who create and sell VSPEX configs. There will also be deal registration guidelines so different resellers don't end up chasing the same customers.

What is truly amazing is that some third party has not created cross-vendor stacks all certified and ready to go for downstream partners to peddle. That would be the converged systems tail wagging the server, storage, network, and hypervisor dogs all at the same time.

If you think about it, a server is just a collection of warrantied components with some metal bent around it with a brand slapped on it and a tech support number. A cloudy infrastructure box just takes the level of abstraction up to the rack or multi-rack level.

If any of the big disties have built their own cross-vendor infrastructure clouds, they sure have been quiet about it and they need to tell El Reg all about it. ®