You could save the planet for a fraction of the price 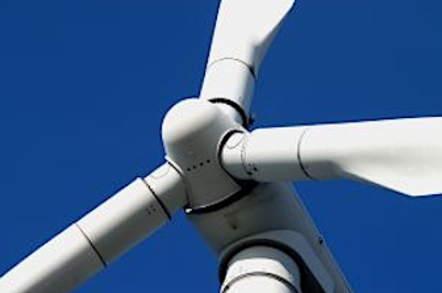 Analysis Two studies published this week calculate the astounding cost of Britain's go-it-alone obsession with using wind turbines to generate so much of the electricity the nation needs.

Both studies make remarkably generous concessions that favour wind technology; the true cost, critics could argue, will be higher in each set of calculations. One study reckons that the UK can still meet its carbon dioxide emissions targets and save £140bn – but only if it dumps today's inefficient hippie technology. The other puts the potential saving at £120bn – pointing out that the same amount of electricity could be generated using open cycle gas plants at one-tenth the cost of using wind turbines.

"There is nothing inherently good or bad about investing in renewable energy and green technology," writes economist Professor Gordon Hughes – formerly of the World Bank and now at the University of Edinburgh. "The problem is that the government has decided to back a technology that isn't ready for prime time, thus distorting the market."

Hughes' study – Why is Wind power so expensive? An economic analysis – is published by the Global Warming Policy Foundation today, and simply looks at the costs. The other study, by technical consulting group AF-Mercados, specifically looks at how to reduce CO2 in the cheapest manner – by incurring the least collateral economic damage. It's called Powerful Targets: Exploring the relative cost of meeting decarbonisation and renewables targets in the British power sector. KPMG originally commissioned the study, but then got cold feet. Both come to similar conclusions: wind is astronomically expensive compared to other sources of energy – and consumers and businesses must pay a high price for the privilege of subsidising such an inefficient technology. Let's look at Mercados' study first.

Save the planet – blow up a wind-turbine

The UK can meet EU targets set for 2020, and its own target for 2050, much more cheaply than by building out wind turbines and solar panels. If the UK abandons its radical, go-it-alone CO2 targets completely – an increasing possibility since the world is refusing to follow suit – this would save £320bn in fuel costs.

In one scenario modelled by AF-Mercados, with no emissions targets, UK electricity will cost 5.8p/kWh between 2012 and 2050: a total cost of £780bn. Using renewables, the unit price rises to 8.4p/kWh, or £1.1 trillion in all. A more prudent mix of gas and nuclear would still allow the UK to meet the CO2 targets, with a unit price of 7.2p/kWh, or £960bn.

Hardcore climate change campaigners including Mark Lynas and George Monbiot have recognised the reality of the costs of renewables, and have lent their support to nuclear power in recent months.

Supporters of today's Gaia-friendly options may have a hard time critiquing the study, which is actually biased towards renewables in two important ways.

Firstly, the study uses DECC's estimates of future gas prices, which are higher than many energy experts predict. Why? Well, the shale gas factor is not accounted for: yet the UK has abundant deposits of unconventional gas, which are sure to depress the price. (Exploiting this resource means we would no longer be dependent on volatile and expensive gas imports).

Secondly, as the authors note:

We haven't included the costs of short term balancing or of reinforcing the grid to accommodate new generation. Only the immediate cost of connecting the new generation to the network of ensuring enough generation capacity to securely meet peak demand is considered. Adding wider reinforcement costs would be expected to be relatively higher for renewables because the resource tends to be further from demand centres and the overall capacity build is higher" [our emphasis].

In other words, they've let the wind lobby off very generously. As too, on closer inspection, does Professor Hughes in his study.

Next page: Wind: Just not ready for prime-time
Page:
Tips and corrections
115 Comments