Review When Nokia announced its three new Asha budget phones in October they didn’t attract much attention alongside the WinPho 7 handsets that were punted by the company at the same time. 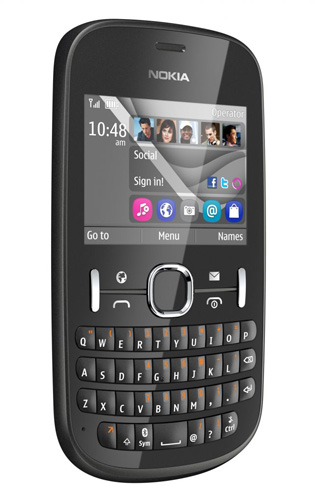 That’s a shame, because the Ashas look like being very good mobile phones, perfect for people who just want a phone to talk on and with battery life longer than the space between sunrise and sunset.

The first of the Asha troika to arrive in Blighty is the messenger phone 201 (there will also be a dual-SIM version called the 200). It’s worth stating clearly at the outset that the 201 is a cheap phone. Vodafone who supplied my review handset are punting it for £45 on Pay-As-You-Go.

A dual sim version is also on the way

Once out of the box there’s nothing about the 201 to scare the horses apart from some of its colour choices. Up front is a crisp and colourful 2.4in QVGA display and a four-row Qwerty keyboard, the two separated by a navigation deck built around the usual navpad.

At 14mm thick it’s a chunky beast but it feels comfortable in the hand and despite being made entirely plastic is very solid and well screwed together. The navigation keys all have a nice positive action to them and the D-pad is extremely well calibrated. You won’t find much better no matter how much you spend. 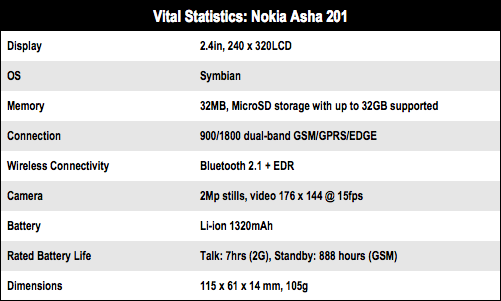