Sky conveyed details of its Formula 1 coverage today, including news of an F1 app with four-way multiscreen functionality.

The dedicated iPad app will accompany the launch of the Sky Sports F1 HD channel, set to roll out ahead of the season's opening race on 18 March, T3 reports.

Of course, that all depends on submitting the app through Apple and Sky remains coy on whether or not it'll roll out in time for the first checkered flag. 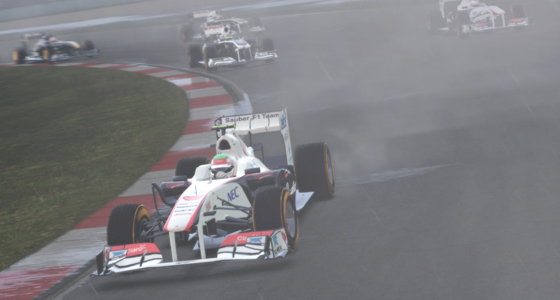 Either way, the app is most-definitely inbound and will join Sky's plethora of iOS offerings such as SkyGo, Sky Movies and Sky Sports News.

Sky Race Control, as the umbrella of coverage is known as, aims to replicate the F1 broadcasts across all platforms. The splitscreen functionality certainly raises eyebrows, watching races from multiple perspectives simultaneously.

It might not be enough to silence a population reeling from Sky's acquisition of the sport, but at least the company has taken measures to give the package some bang for the buck.

BSkyB upset millions of racing fans in 2011 when it snatched the Formula 1 broadcasting rights away from the BBC in a lucrative six-year deal. As a result, Auntie was forced to halve its coverage and slash production costs.

Those already paying for Sky Sports packages will get full F1 coverage at no extra cost when the dedicated channel is added to rosters this March. ®