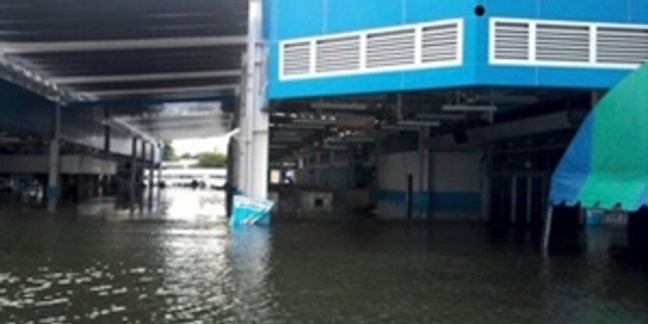 Demand for hard disk drives will outstrip supply until at least the middle of 2012, analysts at IHS reckon, as a result of the deadly Thai factory floods that dented drive production.

Disk assembly rates will creep up during 2012 but prices will remain high. Shipments of hard drives are expected to rise in every quarter, year-on-year: up 13 per cent in Q1, then up 14 per cent in Q2, 11 percent in Q3 and by 4 per cent in Q4.

But while the prices of hard disk drives have come down since the peak of the flood crisis, the market imbalance will hold prices higher that last year until at least the third quarter of 2012, the analysts predict.

Rayat predicts that current prices will stay pretty stable until towards the end of the year - and many PC firms have been locked into yearly deals at elevated prices, according to Wang Zhang of IHS.

In addition to disk drive factories being ruined by devastating flood waters, component makers were damaged too - pushing up part prices - and hefty relocation costs for manufacturers shifting their assembly lines have swelled price tags too.

Flood waters aside, IHS claims major mergers between drive manufactures are reducing competition and could affect prices: namely the combinations of Seagate and Samsung, and WDC and Hitachi GST.

Avnet's Rayat added: "We are keeping our customers actively informed about the dynamics and STRONGLY advising them not to speculate in the market, or they might get their fingers burnt. We are also advising them to take stock as they need it on a daily basis. Avnet is passing on all price increases or reductions from our suppliers, and we ensure we are competitive against worldwide competition and pricing." ®