The TV features work well too, allowing you to watch and record Freeview TV programs using Windows Media Centre. There’s a separate remote control included with the DX730, but you can use the touchscreen controls here too – and I actually had a bit of a Minority Report moment when realised I could use my fingers to flick through the TV guide and other options in Windows Media Centre. I was also pleasantly surprised by the Onkyo speakers, which gave the DX730 the best sound I’ve ever heard from any all-in-one PC or Mac. 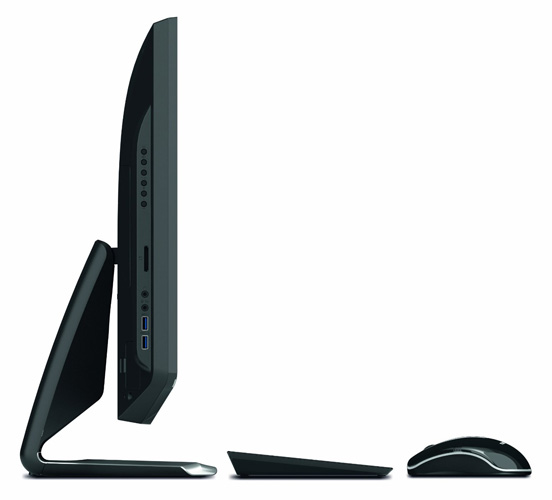 For a desktop PC costing £1000 should a discrete graphics processor, and possibly a quad-core i5 would not seem out of place, but no doubt the additional cost of the touchscreen has seen corners cut here. Unlike Toshiba's Qosmio branded latops, this all-in-one PC is no gaming rig, but the sleek design and the versatile multimedia features of the DX730 will appeal to many home users, especially for use in a bedroom or study where it can also double up as a TV and music system. ®