Alternatively, you can tweak from the Menu button on the back panel that activates the camera’s main functions: a well-organised, user friendly and clear system. The top plate has also seen a change from the NX100 with a more ergonomically placed mode dial and the power switch now surrounding the shutter release. 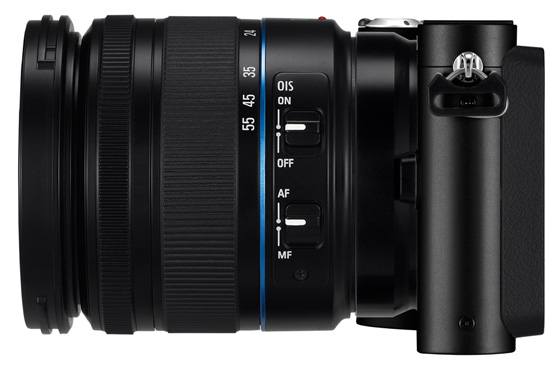 Samsung's days of tacky tech snappers seem to be behind it

Another nice touch is the provision of an optical preview to check depth of field as an alter ego of the delete button. My only design complaint is that the operation of the scrolling wheel and the four-way navpad – which rest just underneath the base of your thumb when holding the camera – is not firm enough, making it very easy to inadvertently reset the parameters available on the pad.

Like its predecessor, the NX200 relies on a very bright and clear 3in, 614k-dot screen. There’s no viewfinder but the hotshoe could accommodate one, however, Samsung hasn't such an accessory yet. Like many CSCs, there’s no built-in flash either but at least a small external flash is included in the kit box that makes use of the hotshoe and does a decent job for its size. 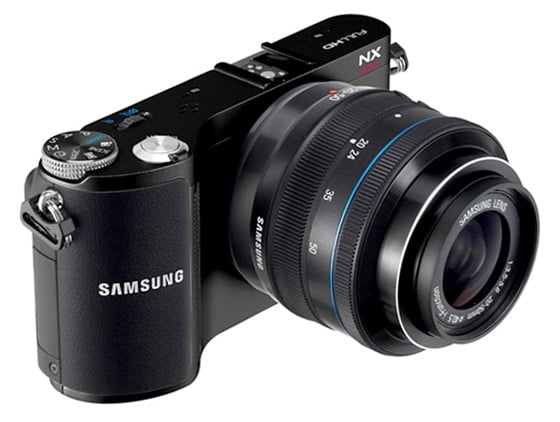 Beside flash, the hotshoe accommodates a GPS module, but no viewfinder, as yet

While the use of APS-C CMOS sensors is widespread sensor, the NX200’s 20.3Mp score ranks it among the highest resolution models on the CSC market. Interestingly though, despite the massive megapixel count, Samsung has customised the sensor with a new conversion, colour filtering and more light-efficient microlenses to help minimise the impact of noise in a bid to deliver image quality in the DSLR league.

The outcome is surprisingly detailed and sharp images throughout the conventional ISO range, with only the highest settings (ISO 6400 and 12800) being adversely affected by noise. Colour reproduction is also consistent and images have a pleasant neutral tone that is a breath of fresh air in a market dominated by over-saturation and over-vividness of colours. A by-product of the improved light capturing technology of this sensor is the brilliant low-light and night time performance of the camera.

Aside from the traditional choice of PASM modes, the NX200 also offers more consumer-friendly selections, such as a comprehensive Scene Mode; a point-and-shoot equivalent Smart Auto; a lens-specific iScene mode that helps you select the most appropriate scene for each lens; two Panorama modes that are so easy and smooth to work that even my two-year-old son could use and a Magic mode, which comprises of 12 fun frames and 10 reasonably well-designed creative filters. The NX200 also has a good range of useful in-camera editing tools including resizing, face retouch, rotating, red-eye fix and the application of smart filters post shooting.