The Low Orbit Helium Assisted Navigator (LOHAN) team has just about shaken off the effects of excessive Yule cheer, and is back at the workbench further pondering a potential powerplant for the Vulture 2 spaceplane.

Our first instinct was to go for an off-the-shelf unit, and the AeroTech RC 32/60-100NS looked a likely candidate. It's a lightweight glider motor with no parachute ejection charge, which seems to offer the ease of operation suitable for high-altitude applications.

Here's how it looks in its dismantled state. Clockwise from left you can see a G-class reload, motor case, sealing ring, end cap and nozzle: 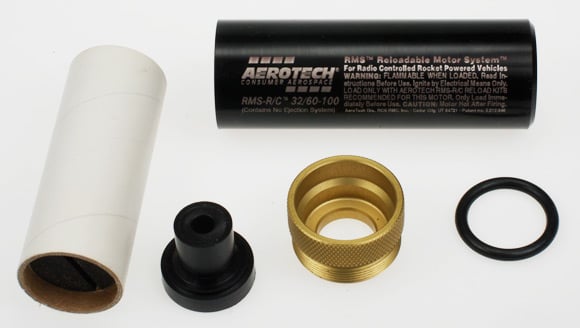 Last month we conducted the first test-firing of the motor, and shot a quick video for your viewing pleasure: 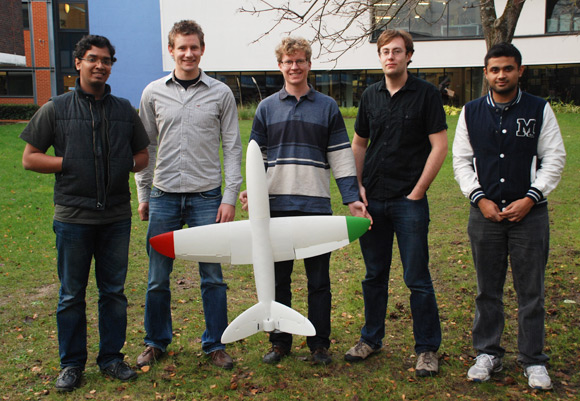 ...wasted no time in taking our data and getting their heads down with fellow student Siddhartha Santos to crunch some numbers.

Their preliminary rough performance calculations are based on these assumptions:

Here are the graphs for a single unit: 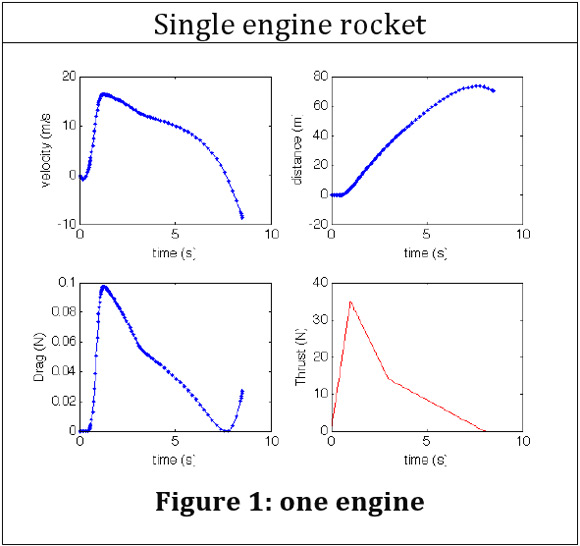 Alternatively, this is what happens of you bolt three motors together: 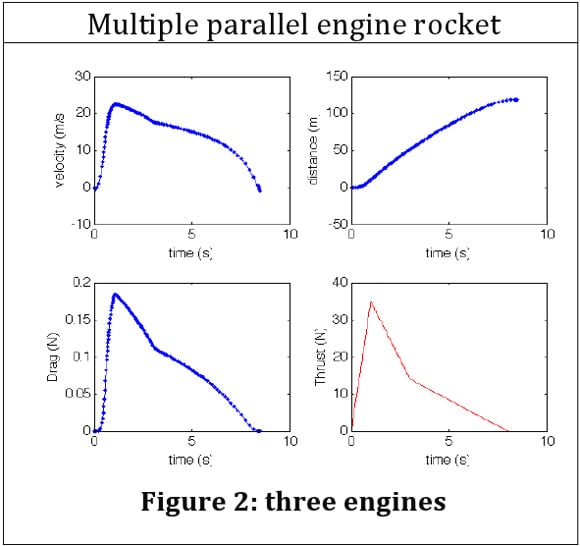 As you can see these solid rocket motors have limited potential to achieve significant altitude. Increasing the number of rockets in a parallel configuration (ignite simultaneously) offers an increase in altitude but at the expense of extra weight and drag (since the initial velocity is increased).

A staged configuration would offer longer burn time. However, there is a penalty for carrying the extra rocket mass whilst it is not being used for thrust.

A hybrid rocket would offer a higher specific impulse so a higher altitude would be attainable. Also the flow of oxidiser can be controlled to limit the initial thrust when the atmosphere is most dense. Thus, the burn time can be extended and maximum thrust provided in the optimum part of the flight profile.

Hmmmm. We know some of our beloved readers are keen on hybrid motors, which commonly deploy nitrous oxide as the oxidiser and high-density polyethylene as the propellant.

Obviously, these beasts are a bit more complicated than a simple solid-fuel job, and we'd have to consider the difficulties in operating a hybrid motor under the proposed LOHAN conditions. Nonetheless, we're happy to look into it and see what's possible.

In the meantime, we'll carry on with our plan for the Rocketry Experimental High Altitude Barosimulator (REHAB) experiment, designed to test motors in a simulated high altitude environment.

There's more on just how we intend to suck the life out of LOHAN at temperatures likely to part brass monkeys from their balls right here.

While we're getting that together, feel free to chip in with your comments/suggestions regarding the hybrid motor idea. ®