Compare that to the year before, when Apotheker was hailed by board member Robert Ryan as a "strategic thinker with a passion for technology, wide-reaching global experience and proven operational discipline - exactly what we were looking for in a CEO. After more than two decades in the industry," Ryan added, "he has a strong track record of driving technological innovation, building customer relationships and developing world-class teams."

Nixing the PC spin-out was one of Whitman's first acts.

Whitman's reign ended a turbulent year under Apotheker. Her appointment seemed to indicate that those running the world's largest PC company had given up on the idea that an ideologist - a software ideologist in this case - could put HP on new course. In Whitman, HP had picked a business operator - a technocrat - who, as eBay's CEO, had ran a company that was a technology consumer and that used software, services and data centers to grow the business. She wasn't known for prescribing a bold directions or for being Ms Software.

Hopefully, for HPs sake, this will mean evolution into the kind of post-PC future Apotheker thought he could force.

There are challenges. HP's cloud has yet to materialise, despite much hot air and talk of OpenStack. HP's tablets will run Windows 8 not webOS; while that means HP's tablets should have the familiarity of Windows on the PC and reflect the kind of steady-as-she-goes comfortable thinking HP wanted, there's no guarantee that Windows 8 tables can do any better against the iPad than the webOS-powered TouchPad. No matter what happens to these new ideas, though, at least HP will have the PC business to help keep things ticking over.

In 2011, the most powerful earthquake in history resulted in the biggest catastrophe to hit Japan since the second world war.

The quake, a magnitude 8.9, struck off the northeast coast of Japan on March 11 and was so powerful it knocked the planet several feet off of its axis.

It also unleashed a fearsome tsunami wave. Traveling as fast as a jet airliner, the wave hit Japan's coast, wiping out entire towns and villages: officially, 19,000 people were killed by the quake and wave.

The tsunami also triggered one of the most serious civil nuclear accidents in history, when it struck the Fukushima Dai-ichi nuclear power plant on Japan's northeast coast.

The plant managed to survive the quake but the tsunami shut down the plant's back-up generators responsible for cooling four nuclear generators. A following combination of explosions and meltdown resulted in the release of radioactive caesium and iodine into the atmosphere.

Around 160,000 residents were ordered out of their homes in the 20km area around Fukushima and an exclusion zone established. The Japanese government now reckons it will be 20 years before residents can return.

During the darkest hours of the crisis, when there seemed no containment in sight, there were scares over contamination of milk and water, of radioactivity hitting the atmosphere and of running into the waters of the Pacific Ocean. It didn't help that a US carrier that happened to be the region, the USS Ronald Reagan, was pulled back as a precautionary step.

The media reporting didn't take down levels of tension, as comparisons with the Chernobyl explosion and meltdown in 1986 were quickly, and inevitably, drawn. 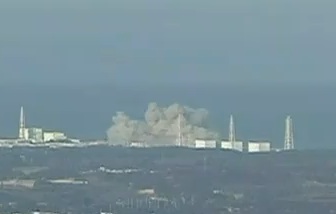 Explosions and meltdown at the Fukushima Dai-ichi nuclear plant

The hospitalisation of two plant workers for exposure to "higher-than-normal" radiation rates was a gift to a media gripped by nuke fear. In fact, the pair took a shot of around 170 millisieverts to the skin on their legs. The accepted value is for 100 mSv in an emergency, although the World Health Organization's limit is 500 mSv. In Chernobyl, about 134 plant workers and firefighters received does of 800 to 16,000 mSv and suffered acute radiation sickness as a result; of these, 28 died within the first three months from their injuries.

While Chernobyl and Fukushima both received International Atomic Energy Agency (IAEA) Level 7 severity ratings, Fukushima saw less radiation released than Chernobyl; also, there were no casualties attributed to radiation compared to 64 at Chernobyl.

Nine months later, the authorities have achieved a state of "cold shut-down" with the reactor's fuel having cooled to a temperature where there's no nuclear reaction, while little radiation is being released into the atmosphere.

Japan's authorities must now work out how to physically contain the damaged reactors, with a Chernobyl-style sarcophagus. The prospect of people returning to the exclusion zone is a generation away as radiation readings in the zone are as high as 200 mSv per year – the maximum dose allowed for a worked in the US nuclear industry is 50 mSv per year and a US civilian is 6.2 mSv per year from natural and man-made radiation sources. The real problem is the presence of caesium 137, which digs into soil, and finds its way into the food chain. This has a half life of 30 years.

Meanwhile, there's the small problem of what to do with 90,000 tons of radioactive water that was dumped on the heating cores at the height of the crisis and that is now sitting in huge containment vessels. ®

The roundup was too large to squeeze into one article. Look out for part 2 over the next few days, giving you a much-needed distraction from the Christmas family frenzy. Don't say we never do anything for you.