Doing it by halves

The problem is the really rather large border between the screens. It’s 9mm, and that can be quite a barrier when you’re viewing. Yes, you can scroll up or down to make whatever you’re looking at more visible, but it’s still a nuisance. 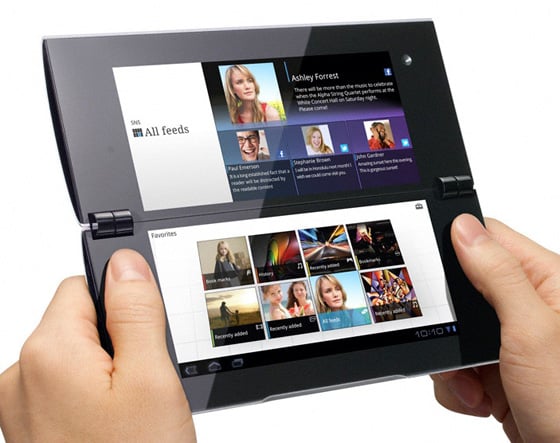 Split viewing is fine for most tasks

Also, depending on what you’re doing, sometimes you’re stuck with only one screen at a time. For reading ebooks it’s not bad, since it makes a ‘natural’ break between the pages. But for movies, Sony gets around the problem of the split screen… by only using one of them! The lower screen is taken up with playback controls and yes, it makes sense, but it would be nice to have the option to use both screens if you fancy it.

Another disappointment is that those screens aren’t quite as sensitive as we’ve come to expect from the iPad and Samsung’s Galaxy Tab, and often needed a few finger prods before they would take action. It’s running the latest Android 3.2 Honeycomb, Google’s OS designed specifically for tablets. This version apparently includes some optimisation for smaller tablets, but it doesn’t look like the twin-screen design has been specifically catered for. 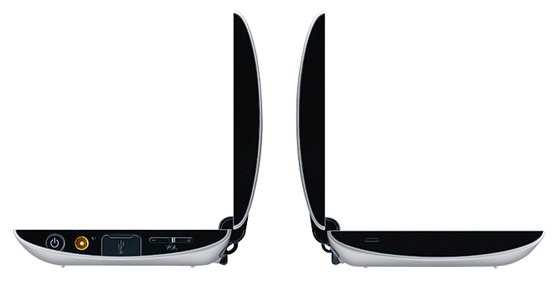 In use it’s fast enough thanks to its 1GHz dual-core NVIDIA Tegra 2 processor is backed by a generous 1GB RAM. ‘Fast enough’ is just that by the way – it doesn’t give the impression that it’s running a sprint, as you get with some of the dual core processor models, but there are no obvious signs of lag either.

It has both Wi-Fi 802.11g/b/n or 3G for its network connection, though you can’t make network phone calls using 3G. Incidentally, you'll need to pull the back off to get to the Sim card slot . 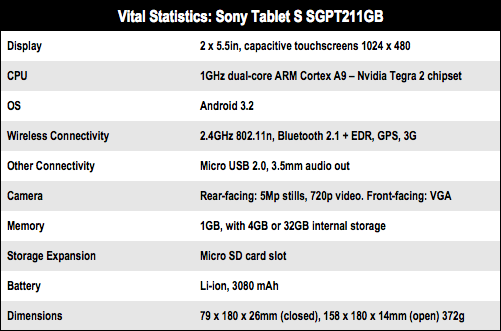