Used a Nokia, so gimme the Oscar

The majority of films shot on cameraphones end up in YouTube's vaults, lost forever among grainy videos of gigs and scenes of animals doing stupid things. However, if amateur filmmakers took things more seriously, their footage could end up in cinemas across the country.

Director Hooman Khalili is bidding to do exactly that. His feature film, Olive, which was shot using nothing but a Nokia N8 rigged up to a 35mm lens, could become the first smartphone-filmed movie to roll out in cinemas across the US. 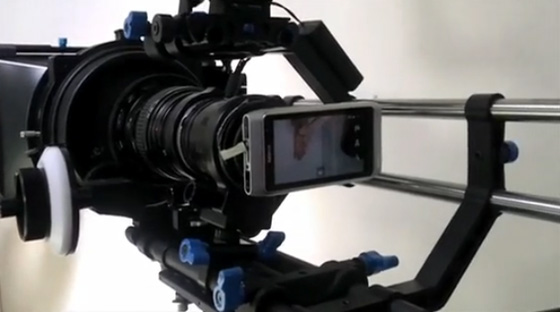 Olive is the story of a young girl who doesn't speak, but positively affects three strangers she meets.

Khalili has finished the film after it was bankrolled by private investors. However, he now needs further funding to pay for distribution and has reached out on Kickstarter for potential investors.

The director guarantees Olive will been shown on various big screens following its premiere this month. He even wants to submit it for Oscar consideration, which would be a first for a film shot on a smartphone.

To see more about how the film was made, check out the video below, which was probably filmed on a proper camera. ®