But don't rip up your Microsoft Certified IT Professional papers yet

In the midst of a weakening global economy and rampant uncertainty as to when the recession will lift from North America and Western Europe, one thing is certain: open-source technology skills may be the best hope for landing a good job. As reported by The Wall Street Journal, open source claims five of the top 10 keywords in Indeed.com's job listings, with Hadoop, Puppet, Android, and jQuery making the list, along with HTML5, a proxy for various open-source projects like ext-JS, SproutCore, etc.

But before you rip up your Microsoft Certified IT Professional certification, it pays to balance rising trends against dominant technologies.

Using Indeed.com, it's clear to see that interest in open technologies such as Drupal, Hadoop, and jQuery is exploding:

However, the picture becomes a bit murkier when you start adding in search terms like Microsoft's SharePoint:

And gets even worse when throwing in "Oracle", ".Net", and "Windows":

Obviously, things are moving up for open technologies. Equally obviously, however, they have a long way to go to close the gap on proprietary technologies like Microsoft's .Net. According to Dice.com's October job trends report, there's a serious .Net talent shortage across all major US geographies. Going one step further, Dice.com reports ".Net", "Peoplesoft", "Informatica", "Cobol", "C#", "SAP", and "Oracle DBA" as top search terms for job seekers. 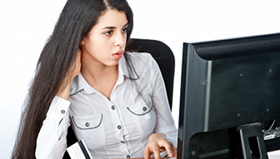 Whether it's the employer looking for talent, or the talent looking for an employer, proprietary software continues to dominate the job boards.

But this only tells half the story. Back in 2008, Gartner declared that 80 per cent of all commercial applications would incorporate open-source software by 2012. We may have surpassed that 80 per cent market already. Microsoft, for example, has long included open-source software in its proprietary products, as Lee Gomes reported back in 2001. Oracle, SAP, and every other significant proprietary software developer does the same.

So while it's convenient to segregate "open" and "closed" for the purposes of tracking job trends, doing so obscures the larger reality that these same job searches may well betoken demand for open-source engineering expertise to be applied to a proprietary product.

Sure, you can still see people calling out open source expertise in job listings, but this is a relic of an old-school way of viewing software, one that doesn't adequately match the realities of today's increasingly hybridised development.

One thing, however, is clear: as much as open source may commoditise software, open-source software talent is hard to commoditise. Some suggest that open source is "software's labour movement," keeping value in the people who manipulate technology rather than in the technology itself, and I think there's a lot of truth to that view. A variety of studies consistently demonstrate open-source savvy developers and IT professionals commanding higher salaries, something that seems not to have changed much even as open source has gone mainstream.

So whether you're developing an open-source project for love or proprietary profit, such expertise should remain in high demand no matter the difficult economy or the continued dominance of Oracle and Microsoft of the enterprise technology market. ®

Hey, it's Google's birthday! Remember when they were the good guys?