'All our models are wrong', writes Jones 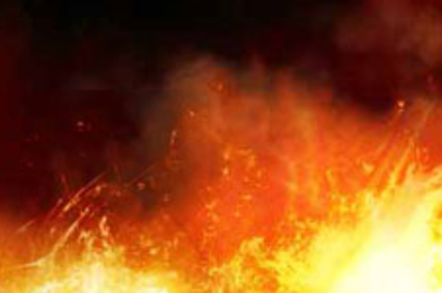 Analysis There was always an element of tragedy in the first “Climategate” emails, as scientists were under pressure to tell a story that the physical evidence couldn’t support – and that the scientists were reluctant to acknowledge in public. The new email archive, already dubbed “Climategate 2.0”, is much larger than the first, and provides an abundance of context for those earlier changes.

“I can’t overstate the HUGE amount of political interest in the project as a message that the Government can give on climate change to help them tell their story,” a civil servant wrote to Phil Jones in 2009. “They want the story to be a very strong one and don’t want to be made to look foolish.”

Having elevated global warming to the most dramatic, urgent and over-riding issue of the day, bureaucrats, NGOs, politicians and funding agencies demanded that the scientists must keep the whole bandwagon rolling. It had become too big to stop.

“The science is being manipulated to put a political spin on it which for all our sakes might not be too clever in the long run,” laments one scientist, Peter Thorne. While Professor Jagadish Shukla, a lead IPCC author, IGES founder, and one of the most senior climate experts writes that, “It is inconceivable that policymakers will be willing to make billion-and trillion-dollar decisions for adaptation to the projected regional climate change based on models that do not even describe and simulate the processes that are the building blocks of climate variability.”

With the release of FOIA2011.zip, the cat’s now well and truly out of the bag.

To their credit, some of the climate scientists realised the dangers of the selective approach politicians demanded, which meant cherry-picking evidence to make it suitably dramatic, and quietly hiding caveats. “We need to communicate the uncertainty and be honest,” pleads Thorne, in another email from 2005. Thorne noted that a telltale "signature" of greenhouse gas warming was absent. “Observations do not show rising temperatures throughout the tropical troposphere unless you accept one single study and approach and discount a wealth of others. This is just downright dangerous.”

“What if climate change appears to be just mainly a multidecadal natural fluctuation?”

Elsewhere, discussing the homogeneity of temperature readings from different sources, Thorne mulls the need to “balance the text so this is not the message”, and expresses his discomfort with making claims that conceal the uncertainty. But such were the demands of activists, agencies and the political class, uncertainty was not on the menu.

This was why the first Climategate caused such repercussions. The revelations came as little surprise to those few who follow state of temperature reconstructions, but they rocked supporters who had put their trust in climate scientists. Clive Crook, a believer in the manmade global warming hypothesis and supporter of carbon reduction measures, expressed it like this:

“The closed-mindedness of these supposed men of science, their willingness to go to any lengths to defend a preconceived message, is surprising even to me. The stink of intellectual corruption is overpowering.”