Nokia's next addition to its WinPho range has slipped out in a commercial for developers. Say hello to the Nokia Lumia 900.

The video, which was accidentally upped to Nokia's public YouTube channel before being marked private, reveals little about the Lumia 900's specs, but shows a very Lumia-like handset alongside some self-indulgent text, Dutch site All About Phones reports. 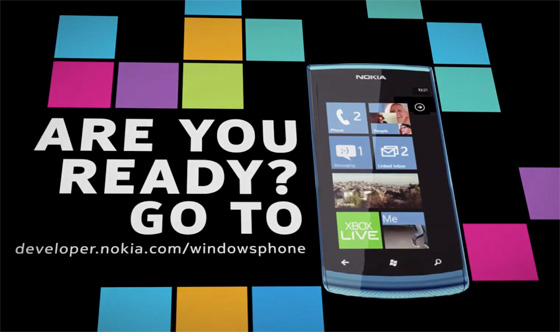 “When you bring together Nokia’s stunning new hardware and a dynamic Microsoft OS you get amazing every day,” it reads.

The Lumia 900, which was codenamed the Nokia Ace, is widely expected to rock up with a 4.3in ClearBlack OLED display, 1.4GHz processor, 16GB of built-in storage and an 8Mp camera.

It follows this month's launch of the Nokia Lumia 800, the company's first venture into the Windows Mobile market.

Have a ganders at the clip below. ®