Ex-Amazon EC2 wizard pinpoints where your cloud is crap 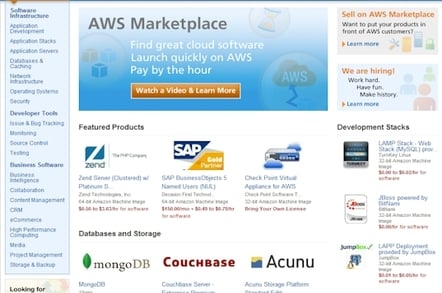 Open ... And Shut Even as the world goes cloud/SaaS, monitoring tools have stayed doggedly old school. With the rise of complex web applications, the cloud, DevOps, agile computing, and continuous integration, application changes are rolled out much more frequently than the one or two times a year of old enterprise software updates, with multiple changes taking place as often as every day.

But legacy network monitoring systems such as NetScout and Solar Winds were never designed to be able to track this rate of change as well as the level of complexity – eg, 800 servers participating in a single web-based service.

Which is why Boundary, a new startup, is so interesting.

Boundary, which came out of stealth mode today announcing $4m in Series A funding from Lightspeed Venture Partners, aims to solve the network monitoring needs of today’s modern web applications, infrastructures and development practices. It's a bit like Netflow for cloud computing environments, both public and private.

Boundary was co-founded by CEO Benjamin Black, who was previously at Amazon where he was responsible for design and implementation efforts for networking, security, and engineering of Amazon's website and Amazon EC2. His co-founder, Cliff Moon, was previously with Powerset (acquired by Microsoft) where he was he was instrumental in the design, implementation, launch, and operation of many of the company's production services – which became the foundation for the Bing search engine.

This is a great team to be building networking monitoring as a service, as they've grown up with the cloud. Historically, network monitoring requires deployment of specialised equipment called probes and hardware that can be very expensive while being a pain to set up, maintain and manage. The public cloud removes the ability to be able to track network-specific resources, and specifically flow data, because there is no access to the switches and routers and the infrastructure. It is no surprise organisations have trouble keeping up with what their applications look like, how they are laid out, how they are configured, and in understanding when things change, the impact of that change, and the root cause of a problem.

This is a non-trivial problem to solve, one that is unlikely to be fixed by old-school networking monitoring tools repurposed for the cloud. Boundary's real-time network monitoring is delivered as a service, and provides users the ability to monitor and manage network flow data – servers communicating with one another, communicating across servers – tracking that all of that data, and presenting a real-time, one-second granularity measurements processing millions of metrics per second.

The Boundary team tried using Hadoop to provide this functionality at first, as well as Cassandra. But neither could handle what they were trying to do. Essentially, Boundary needed to do what the rest of the industry was doing with Hadoop and Cassandra, but do it 1,000 to 10,000 times faster. As the Boundary team has described on its blog, it built its own Big Data solution using Scalang, Ordasity, Folsom, and more, all orchestrated using Chef.

As impressive as this Big Data work is, Boundary's capabilities of monitoring the public cloud are even more disruptive. If you are in a cloud like EC2 you have no access to the network. You can’t attach an appliance. No services work at all. Because Boundary is software, it’s not a problem as they can provide high-volume, granular visibility of application network flow in the public cloud.

All of which makes it sound really simple. Which is kind of the point. The cloud is supposed to make life easier for IT, but applying old tools to the new model actually introduces complexity, which Boundary and a new breed of cloud management tools aims to fix.

Boundary is currently in private beta and plans to announce its public beta in December.

Matt Asay is senior vice president of business development at Strobe, a startup that offers an open source framework for building mobile apps. He was formerly chief operating officer of Ubuntu commercial operation Canonical. With more than a decade spent in open source, Asay served as Alfresco's general manager for the Americas and vice president of business development, and he helped put Novell on its open source track. Asay is an emeritus board member of the Open Source Initiative (OSI). His column, Open...and Shut, appears three times a week on The Register.

Events Who do we want on stage? You of course

New Elastifile CEO: Is taking on Amazon's EFS really such a stretch?