Not well actually, for several reasons, the most obvious one being that passing a law with good intentions doesn't necessarily lead to good outcomes.

As background, understand that parts of the Congo have mineral deposits so rich, so simple to mine (sometimes the ores are quite literally just the rocks in the fields) that the most basic peasant style mining can create ores which rich world factories just love to buy. This would normally be considered a good thing: poor people get richer and we get our toys to play with. However, during the unpleasantnesses there in recent decades some of these mining areas have fallen under the control of militias. Militias which force the population into mining, so it is claimed, and use the revenues to pursue their various fights and struggles for power. 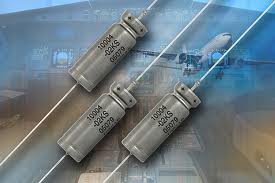 According to NGOs like the Enough Project and Global Witness, the answer was for all users of the metals gained from such minerals to pledge not to buy from the militias. That seems simple enough but now it has been encoded into law as part of Dodd Frank over in the US. The effect of that legislation has been, as Motorola says:

New legislation will require US companies to disclose the use of certain minerals, including tantalum, in their products and to describe the process used to ensure the purchase of these minerals does not fund the illegally armed groups operating in the DRC.

All well and good we might say but, umm, what are the accepted methods of proving that? What is the process, what is the documentation necessary? For, you see, there are not only militia owned and oppressed groups in the Congo and surrounding areas. There are entirely local, tribally owned (what we might call mutuals, you know, mutuals are good!) operations, others western owned without a hint of violence and so on. So what do they have to do in order to be able to export their minerals, feed their workers and generally provide sorely needed jobs and incomes in one of the poorest places on Earth?

Unfortunately, the general answer to that question is “Fucked if I know” and further, that's the answer from everyone. The big western processors just won't touch minerals from the region at all: Cabot and Starck, the respectively US and European processors of coltan just won't even discuss purchases from the area. The Far East processors have no idea what paper work could be used to provide traceability and Enough and Global Witness don't have any systems in place either. As Motorola goes on to say:

I've been told of one tribally owned operation that has export licences from the Congo, can transport across Tanzania, can show where they mined, to whom they paid taxes (no militias involved) and they simply cannot find a buyer for their 50 tonnes of tantalite. At a $3m or $4m value, that's a lot of money being withheld from poor people just because the do-gooders didn't think about the paperwork before they went whining to the politicians.

I've similarly been told that 20,000 miners are now idle, with the knock on effects to the roughly 100,000 people in their extended families, as a result of, no, not just this new law, but of the gross incompetence and even ignorance of real world effects of the law of those who shouted most loudly for its passing.

There are various possible things to say at this point: that it's a bad law that should be repealed perhaps, maybe we should do some real colonialism and go in and shoot the militias so that the miners can carry on for the more bloodthirsty.

But perhaps the most important one is: look, Enough Project, Global Witness. Guys, you fought hard enough for this law to be passed. Why are you therefore sitting on the sidelines, thumbs in bums, watching the miners starve while you fail to provide the verification system you said was necessary? No, “It'll take some time” is not a sufficient answer: for those living in the Congo a few months without income is the margin between being a miner and being dead.

Mineral exports from the region are down 90 per cent by some estimates, more by others, and no one, no one at all ever thought that more than a few per cent was being controlled by militias.

You guys in the NGOs wanted this job: why aren't you doing it? ®

* Financial regulatory Act that includes certain provisions on the purchase and use of conflict minerals where they are controlled by militia groups in the Congo.

Did somebody say VAT fraud? Yes, the Insolvency Service did

HTC U12+: Like a Pixel without the pratfalls, or eye-watering price tag

Hands on Google may have gobbled its talent but, yes, it's clinging on