I'll compress the rest of the discussion to the most emblematic highlights.

It would be unfair to point out that the former Undertones singer, with his radio engineering background, was by the far the most technical member of the panel – the only one, I would bet, who knows an Amp from a Volt. The respective degrees of the others are PPE (x2), English Literature, and Law (x2). The moderator boasts a PhD in "the social psychology of relationships in online communities".

Sharkey shredded the economic justification for the Hargreaves Review, prepared by the IPO. This wasn't hard; it's possibly the most amateurish document a government department has ever produced. We've highlighted one of the nuttier claims, based on apparent ignorance of UK law, that copyright makes hardware manufacturers liable for infringement. The Sony precedent set in the 1980s ensures they are not liable for infringement. Sharkey mentioned Psion – which thought about introducing the first iPod long before Apple, but didn't. It made that decision because of risk and capital, not because of copyright.

Another claim is that British comedy would blossom if parody was exempted from copyright: the Lady Goo Goo case was cited. But that's a trademark, not a copyright case. 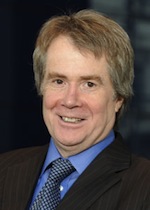 I shared a panel with Jeff Lynn recently. Here he offered this interesting insight: "A lot of us are scarred by the 10 years [major record label] didn't embrace digital. We still watch very warily. We have a right to be scarred, and a right to be a bit wary."

One subject seemed to be beyond contention, for no panelist dared challenge it. This is the idea that the web startups of Silicon Roundabout, those web calendar companies and SEOs, those site-scrapers and mentoring meetup organisers, all those Web2.0mediasluts, represent the future of UK economic growth. This may be hilarious to you – and it's a ripe subject for sniggers up and down the IT sector – but that's not the way the political class sees it.

"It's about government getting behind hi-tech startups, and sending the message that we want those businesses to start here," said Vaizey. An admirable sentiment, but have you seen what Shoreditch startups are really doing, Ed?

Something interesting happens when you show people the Apple vs Google comparison in the chart above. They start to think differently about received wisdoms, about wealth creation on the net. What seemed impossible, now seems plausible. They realise that Google may not be generously sharing a Druid-like insight into the future, but protecting an old and conservative "business model."

This week a lot of the political and media classes are absorbing the Steve Jobs biography on their Kindles and iPads. Jobs' insights on creating markets, by playing by the rules, and based on strong property rights, are hard to miss. Attempts to rewrite the rules so one class wins and one class loses, or to suit one particular corporation, will be seen in this new perspective. ®

[Very usefully, The Guardian recorded the whole thing. It's over here.]

After the recording finished, the legal academic Professor Hoehn upbraided me. He was shaking with rage. I'd pointed out in a question that the stage was hosting several lobbyists, and he was one of them. "Lobbying – I do TEACHING! ... develop theories," he said, before meandering into some blather about "business models", a favourite phrase of academics who've never depended on the market for their primary income.

In fact, of all the recommendations in the Hargreaves Report, just one involves increased public spending: a transfer of taxpayer's cash to a specific sociological group. It calls for increased funding for ... legal academics. As Hargreaves was making this recommendation, he was also chairing a committee to decide what these funds should be for. Sometimes, your resolve to fight cynicism can falter momentarily, such is the onslaught of self-interest, and special pleading.

IoT puts assembly language back on the charts

Why polish a Ruby or tailor Swift when you can write code for a toothbrush?