Battlefield 3 shot onto shelves today and multiplayer functionality was immediately slaughtered by an army of problems.

The keenly anticipated EA title was picked up by eager fans last night, who returned home to find the EA Online servers down. Many complaints on the official Battlelog forums prompted developer Dice to Tweet that all that issues were being dealt with.

There have also been reported instances where copies were shipped with dud online pass codes - a necessity for any user to access multiplayer - and, in some cases, with no single-player campaign disc.

A statement on EA's website says: "We are aware of the invalid code issue and we apologise for the inconvenience.

"Since certain retailers are affected by this issue, please check with the retailer where you purchased Battlefield 3 in order to receive a replacement code." 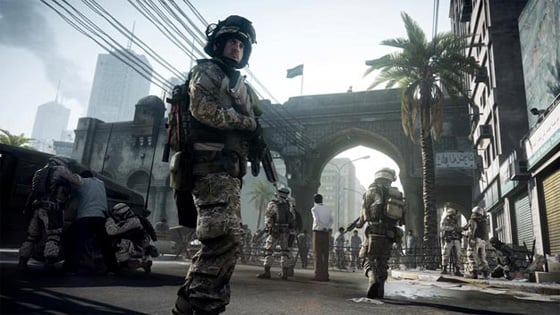 With next month's release of a new Call of Duty looking to break sales records for a consecutive year, EA will have to make sure guns are firing on all fronts here. The safety's fully off now, though, and EA has popped the first cap.

We'll have a full review of Battlefield 3 for you next week. In the meantime, if you've already got the game, we've been assured its all working fine now, or should be soon. Over and out. ®