Sony's latest e-book reader, the Wi-Fi enabled, touchscreen-equipped PRS-T1, is now on sale in the UK for £129, making it one of cheapest big-name Android gadgets out there.

That's right, Android. Sony has used the Google OS as a foundation for its own e-reader UI. And owners have already rooted the gadget to bring the standard Android interface to the fore.

One Russian hacker has posted a set of instructions to walk the brave through the process. And he's uploaded not only a set of tools to help you open the PRS-T1 but also a rescue package to restore the Sony look'n'feel. 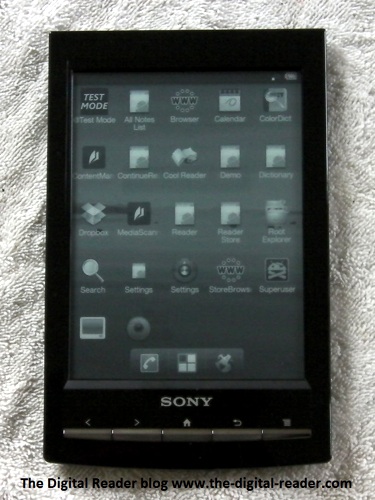 The details are in Russian, but as always Google is your friend.

Blog The Digital Reader has tried the trick and found it works.

We have to make the inevitable 'proceed at your own risk' warning. The hack may invalidate your warranty.

Meanwhile, hackers examining the new Kindle Touch and the Kindle touchless - aka the Kindle 4 - have found that Amazon has upped its security, with firmware updates now requiring official sign-off before they will unpack. That had been a trick used previously to install third-party code on the e-reader. ®