Googler squeals: 'We don't get platforms'

A candid rant for the ages 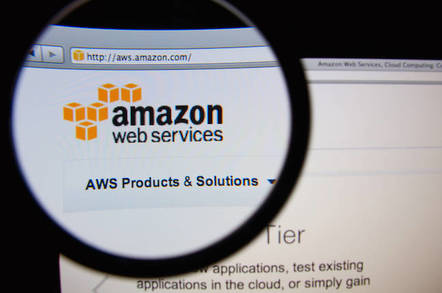 The dangers of social platforms have been illustrated yet again, when a Google staffer made public a long and detailed rant against his employer on Google+.

The thesis of the post, attributed to Steve Yegge, is that Amazon can build platforms and expose services far better than Google: “We don’t understand platforms. We don’t ‘get’ platforms,” he writes.

“I was kind of hoping that competitive pressure from Microsoft and Amazon and more recently Facebook would make us wake up collectively and start doing universal services. Not in some sort of ad-hoc, half-assed way, but in more or less the same way that Amazon did it: all at once, for real, no cheating, and treating it as our top priority from now on.”

The 12-year insider – six at the bookshop and six in the Brinn palace – attributes Amazon’s transformation to what started as an internal edict: teams would expose their “data and functionality” through service interfaces, would communicate exclusively through those interfaces, and those interfaces would be designed to be exposed to developers in the outside world.

Although Yegge details a long list of critiques of Amazon – including Jeff Bezos’ micro-management of “every single pixel of Amazon’s retail site” – the combination of an unbreakable edict with “bulldog” enforcers had a remarkable impact, leading to Amazon AWS.

“Amazon … learned a tremendous amount while effecting this transformation,” he writes. Some of the keys are that service discovery becomes vital, in an organisations with hundreds of services, and that management of your computing resources is also vital because “every single one of your peer teams suddenly becomes a potential DOS attacker.”

But the end result, he says, is the result of the “dread pirate” Bezos realizing that “the infrastructure they’d built for selling and shipping books … could be transformed into an excellent repurposable computing platform.”

Yegge also rates “accessibility” – not just the tack-on be-nice-to-disabilities kind, but the “anyone should be able to get access to the software anywhere at any time” kind – above security. “Dialing Accessibility to zero means you have no product at all, whereas dialing Security to zero can still get you a reasonably successful product such as the Playstation Network.” (Prescient given that PSN is once again in the headlines - El Reg.)

Compare all this to Google+, “a prime example of our complete failure to understand platforms, from the very highest levels of executive leadership … down to the very lowest leaf workers … we all don’t get it.

“We had no API at all at launch, and last I checked, we had one measly API call.”

Accessibility and Platforms, he says, are behind the “incredible” Amazon AWS: “Just go look at it. Click around. It’s embarrassing. We don’t have any of that stuff.”

Other targets for praise include Facebook – “Google+ is a knee-jerk reaction, a study in short-term thinking, predicated on the incorrect notion that Facebook is successful because they built a great product. But that's not why they are successful. Facebook is successful because they built an entire constellation of products by allowing other people to do the work”; Apple – “they understand the power of third-party development and they eat their dogfood”; and even a faint-praise directed towards Microsoft – “They have thousands, and thousands, and THOUSANDS of API calls. They have a HUGE platform. Too big in fact, because they can't design for squat, but at least they're doing it.”

The rest of what El Reg regards as one of the best rants we’ve seen in years – and with perhaps the best rant-grammar ever – can be found here. For now. ®