Updated Even if you don't care about people running quickly around in circles, it can't have escaped your notice that the Olympics is coming to London for 17 days in July 2012. As the world's biggest sports event of the year, it will involve 17,000 athletes, 20,000 members of the press, millions of spectators (10 million tickets sold - more to come), billions of people watching on television. And a lot of computers. 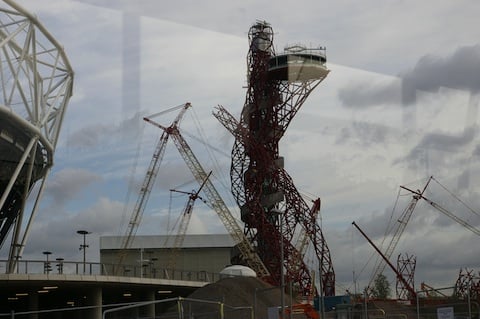 The London Olympic site under construction.

The computing equipment contract has gone to Acer - the Taiwan-based PC makers who have dealt in enterprise solutions since the early 2000s. They took us out to the Olympic Village, gave us a bus tour of the site and then showed us the computer nerve system that processes all the data behind it. As you may or may not be surprised to hear, most of the computers run on Vista. But it's not about swanky, it's about getting it done.

"It's a true project, with an end date that cannot move," said Acer's Programme Manager Todd Olsen, "There is no flexibility; it has to work on the 27th of July."

The scanners for security gates will be made by Acer, as will the touch screens used to get information in the media centre and elsewhere.

Between 3,000 and 4,000 of the computers will be left in the Technology Operations Centre in a wired room in Canary Wharf, with the key Olympic village venues taking about 1,500 to 2,000 each.

The Acer desktops – Veriton L670Gs – will be running Windows Vista, XP or Linux with either quad-core or dual-core Intel processors. Monitors are a compact 15 inches across. 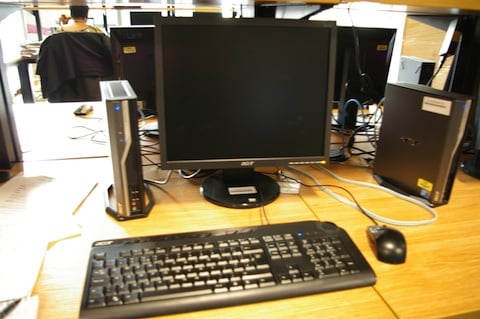 One of the 10,000 Acer desktops being used to run the Olympics. 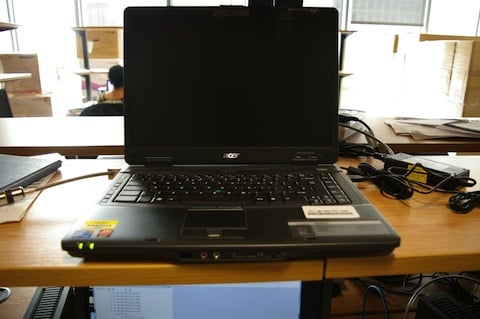 One of the 1,000 Travelmate laptops

Yes, that means that the vast majority of them are running Windows Vista. But it's not about the fancy specs. Consistency was a big buzz word for Acer: making sure that all the computers are the same, that they all work with the same drivers and that there are enough in reserve should more be required. "We are as fluid and risk-averse as possible, the same consistent tech is a key factor in our success," said Michael Trainor, Acer Product Manager.

Acer will be employing 300 to 400 staff as technical support during the 17 days of the Games: these will be Service Specialists and Desktop Technicians who will work at the venues and in the Operations Centre, with people available every hour of the day in every venue for the duration of the Games. Currently about 50 have been employed.

There needs to be a technical team in each venue for security reasons – it takes a while for people to get in and out of the Olympic Village due to the security procedures, so if something goes wrong, sending someone up on the DLR would be a disaster. "The standard next-day customer service model wouldn't work," as Olsen put it.

Next page: Other tech partners
Page:
Tips and corrections
99 Comments