Following last month's successful 3D re-release of The Lion King, Disney has announced four more animated classics from its extensive collection are set for the extra-dimensional polish-up too.

Beauty and the Beast, Finding Nemo, Monsters, Inc., and The Little Mermaid are all to be re-released in 3D starting from January next year. Whoop-de-doodar. 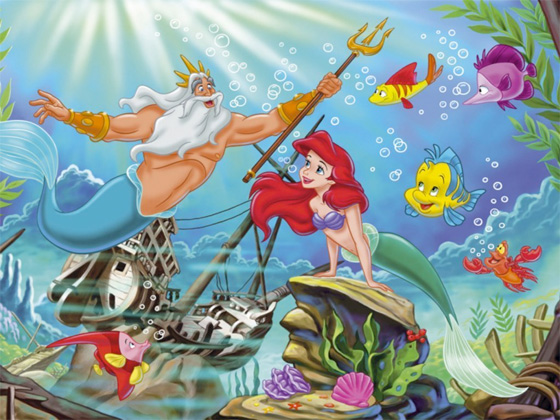 Under the sea in 3D

It's important to remember that 3D is apparently bad for children under the age of seven, though, so bear that in mind as you queue for the large box of popcorn, pick-n-mix and oversized Coca-Cola cup.

Those still unconvinced by 3D could pick up a pair of 3D to 2D conversion specs, or simply dust off their VHS machines and spend the ticket-money in charity shops on dozens of Disney favourites. Pinocchio for 20p? My nose would grow if I said that was a rip off. ®